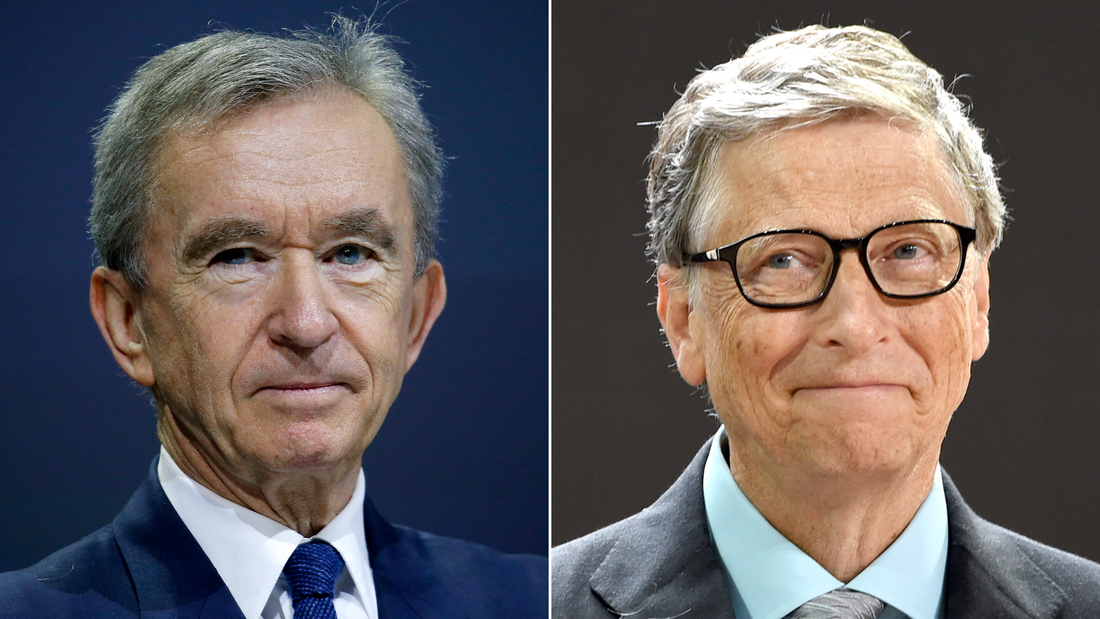 Arnault, the CEO of luxury goods maker LVMH ( LVMHF ) overtook Gates Tuesday on the Bloomberg Billionaires Index. Arnault has a net worth of about $ 108 billion, according to the index, having added $ 39 billion to his fortune in the past year. Microsoft ( MSFT ) Founder Gates is worth $ 107 billion.
The two men have also traded spots on another billionaires' list published by Forbes.
Arnault has built LVMH into a global luxury powerhouse that controls brands such as Louis Vuitton, Christian Dior and Givenchy. It's also the home of Champagne brand Dom Pérignon and beauty retailer Sephora.
The 70-year-old made headlines earlier this year when he committed € 200 million ($ 224 million) to the rebuilding of Paris' Notre Dame cathedral.

According to Bloomberg, Gates would still rank first if not for his philanthropic giving. The software teacher has so far donated over $ 35 billion to the Bill & Melinda Gates Foundation.

Amazon ( AMZN ) CEO Jeff Bezos holds the top spot on the Bloomberg list with an estimated net worth of $ 125 billion.

– Correction: An earlier version of this story misstated when Bernard Arnault pledged the donation to rebuild Notre Dame.