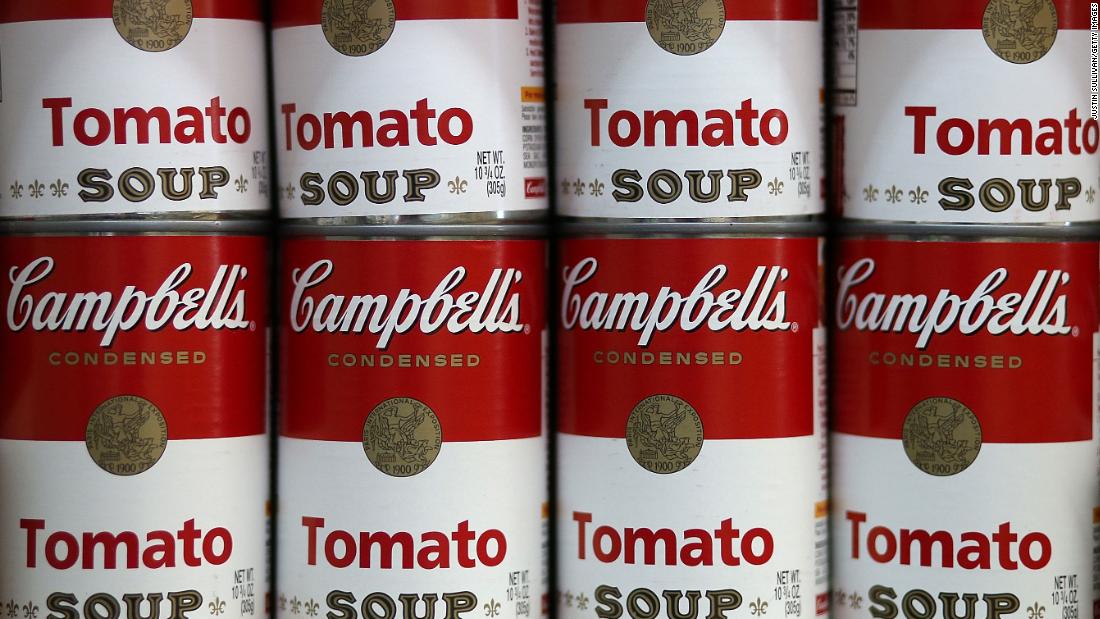 The company said on Thursday that Mark Clouse, which holds executive positions at Pinnacle Foods and Mondelez International, will acquire a soup company's president and CEO in late January. Clouse will replace the temporary CEO Keith McLoughlin, who filled the paper after Denise Morrison suddenly left his post as CEO in May.

McLoughlin will remain as a board director, and Clouse will also take a seat on board.

After a chaotic year, things seem to be fixing for the soup company.

Campbell (CPB) spent the fall of a battle to control the company in Third Point, a hedge fund led by activist investor Daniel Loeb.
Third Point recommends replacing the entire board in September, then Campbell says it does not intend to sell the company. Third Point later sued the company and accused Campbell of making boring, expensive soup; Campbell said that Third Point's ideas are unusual and do not know.

Over time, Third Point softened its stand. The hedge fund, which is always faced with hard possibilities, says they want to replace five instead of all 1

2 board members.
Last month, the two sides finally reached an agreement by extending Campbell board from 12 to 14 members to include two of the five Nominated nominees nominated. The hedge fund has also been given an example in choosing the new CEO.
With the proxy behind and Clouse on the helm, Campbell can rely on his plan to turn the company around by bolstering its most famous brands, focused on US main business and divesting from its international line and Campbell Fresh – which include Bolthouse Farms juices, carrots and salad dressings.

"I am committed to delivering Campbell's strategic goals," Clouse said in a statement Thursday, adding that he sees "a prosperous future for Campbell and all its stakeholders." Les Vinney, chairman of Campbell's board, said "we are confident that Mark is the right person to continue our turnaround plan and lead Campbell into future growth." Clouse served as CEO of Pinnacle, which includes Duncan Hines, Smart Balance and other food brands, for two-and-a-half years. He was on the helm of the company when it was acquired by Conagra (CAG) earlier this year. Prior to that, Clouse was the chief growth officer at Mondelez (MDLZ). And before joining Mondelez, he spent 20 years at Kraft (KHC).