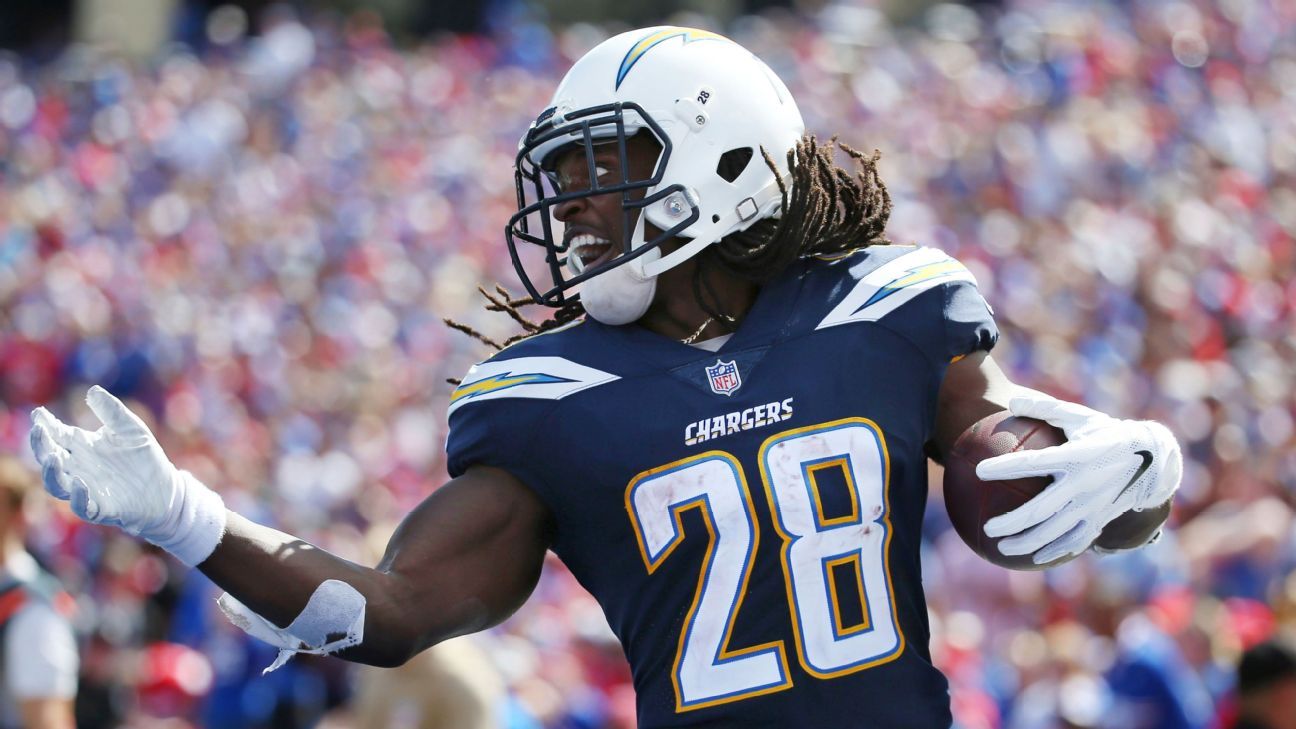 Running back Melvin Gordon has informed the Los Angeles Chargers that unless he receives a new contract, he will not report to training camp and he will demand a trade, his agent Fletcher Smith told ESPN.

Smith said he and Gordon did not want to go this route, but because of the lack of progress in negotiations and the offers the Chargers made this offseason, they felt it necessary to voice their displeasure in an effort to reach a more satisfying outcome, whether with a new contract or a trade.

Gordon, 26, is scheduled to be heading into the last year of his contract, a fifth-year option worth $ 5.6 million.

Other top running backs – Todd Gurley, David Johnson, Le'Veon Bell – recently have received new deals, and Gordon wants to be the next one added to that illustrious list. He is unwilling to take a Chargers offer that does not put him near the salaries of those top running backs.

2018. He also averaged 114.6 scrimmage yards per game last season, the best by any Chargers player since LaDainian Tomlinson (121.8 in 2007), according to ESPN Stats & Information.

Gordon skipped most of the offseason but attended mandatory minicamp. Last month he said, "I do not know" when asked if he would report to training camp without a new deal. The Chargers have solid depth at running back behind Gordon in Austin Ekeler, Justin Jackson and Detrez Newsome and went 4-0 last season when Gordon missed time with a knee injury.

Unless the two sides can resolve their differences before the Chargers' training camp, slated to open July 24 in Costa Mesa, California, this will be a contentious issue that shadows the team, much as the Chargers had to deal with an unsigned Joey Bosa in the summer of 2016.

Smith said Gordon is dug in and discouraged with the lack of progress in the talks.