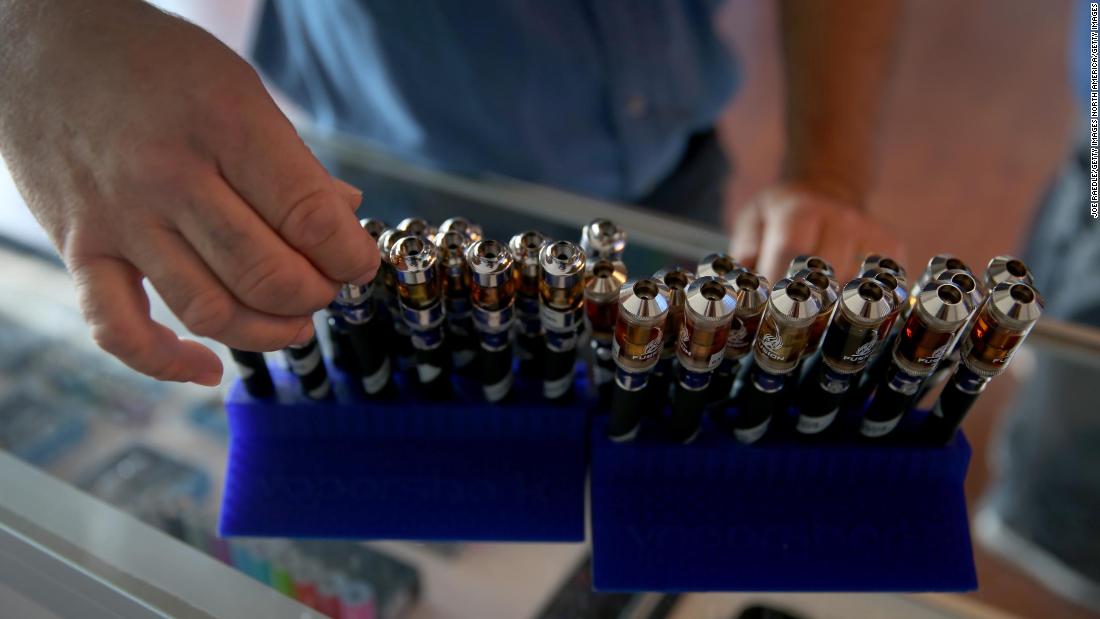 There was a meeting on Tuesday to discuss what has happened and the doctors will offer an update on the patient's condition.

He asked the hospital to inform the public of his injuries and to see the pictures, to "warn others," according to the hospital, but also requested privacy, so he would not attend the press conference . ] The number of vaping-related injuries rose to at least 2,051, as of November 5, according to the US Centers for Disease Control and Prevention. Injuries have occurred in patients in every state in the country except Alaska. So far there have been at least 40 deaths reported by state health departments.

The CDC works closely with local health departments and the US Food and Drug Administration to determine what actually causes these diseases. It does not appear that any one product is to blame, although many cases seem to relate to products purchased "on the street" or from some other "informal source," such as a family or friends, rather than from a vaping store, according to the CDC.

THC is present in most examples of vaping products that have been tested by the FDA to date, and most patients who have been ill say that they have used THC products previously.

On Friday, the CDC said Vitamin E acetate, an additive sometimes used in THC and other vaping products, could be blamed on the national outbreak, but said additional factors could be blamed, including rin.
Share