Erdogan has managed the unthinkable: uniting all the other Middle East rivals | World news 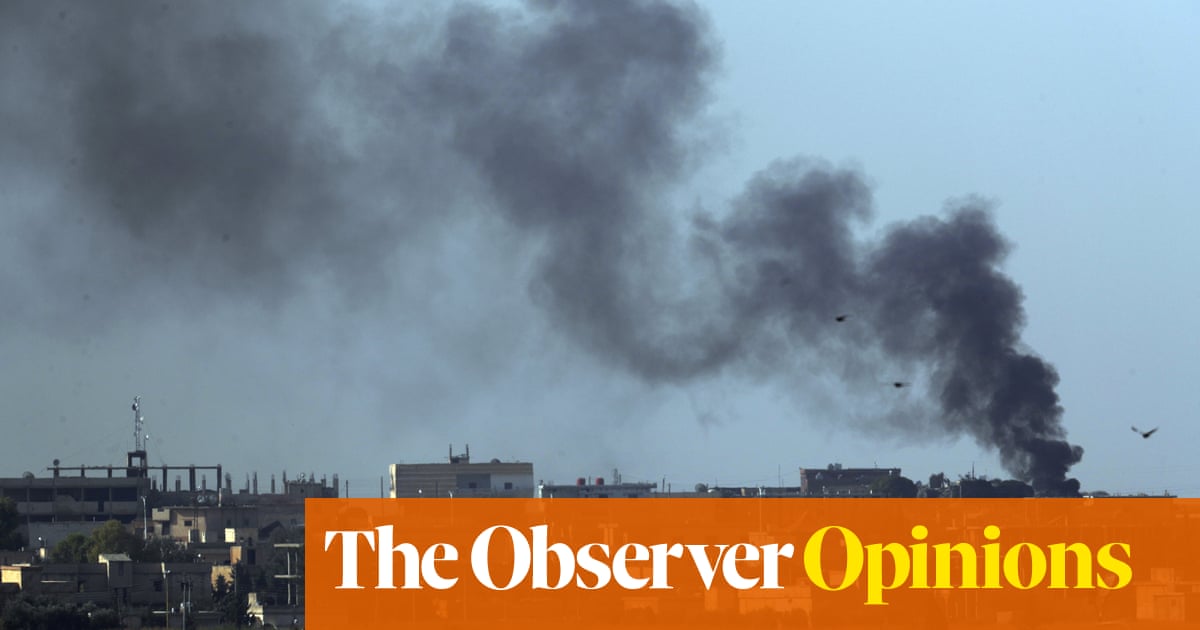 B In invading northern Syria last week, Recep Tayyip Erdoğan achieved what many thought impossible – uniting all the regional countries and rival powers with a stake in the country in furious opposition to what they see as a reckless, destabilizing move .

A truculent nationalist-populist with dictatorial tendencies, Erdoğan has often cast himself as one man against the world during 1

6 consecutive years as Turkey's prime minister and president. Now he really is on his own.

Fighting along the border is limited, so far, but that could quickly change. "Should hostilities intensify, a broader Turkish advance into densely populated areas could entail significant civilian casualties, displace many inhabitants and fuel local insurgency," the International Crisis Group warned.

Even as the EU, the US, Russia, Iran and the Arab states voice their differing objections to the invasion (Turkey terms it a "peace operation"), each is simultaneously trying to adjust to it, looking for advantage or leverage as the balance of power in Syria shifts again.

Erdoğan doubtless anticipated Europe's hostile reaction. His response – a threat to send 3.6 million Syrian refugees westwards – was contemptuous. He knows the EU’s words are not matched by action. Nor is he fazed by calls to suspend Turkey from Nato.

Turkey's relations with Europe were already at a low ebb because of its abysmal human rights record and thwarted EU membership bid. Now European leaders are paying a high price for past attempts to normalize Erdoğan's authoritarianism. His latest actions prove he is no democrat, no ally and no friend.

While Europe has scant influence over what happens next, the US has plenty – but seems determined to throw it away. Despite denials, it is clear from the White House statement issued on 6 October that Donald Trump rashly agreed to Erdoğan's invasion, without consulting his allies, and facilitated it by withdrawing ground forces.

It was a disastrous decision the US was belatedly scrambling to correct. Betraying the Kurds, comrades-in-arms in the fight against Isis, was bad enough. Appearing to abandon Syria to Russia and Iran, America's rivals and the main backers of Bashar al-Assad's criminal Damascus regime, was a big strategic own goal, capping eight years of post-Arab spring US policy failures.

It might be thought the Russians would be happy. After all, pushing the US out of Syria (and the wider Middle East) is their long-held aim. Yet Moscow's reaction to the invasion has been largely negative, as was the case after Turkey intervened in Syria's Idlib province last year.

When Vladimir Putin sent forces to Syria in 2015, he put his money on Assad to win, but victory has proved elusive, while costs – political and financial – have mounted. Erdoğan's move further complicates matters by obstructing the peace settlement Russia, Iran (and Turkey) have been pursuing through the so-called Astana process.

That's why Russia is urging the Kurds, now the US has abandoned them, to agree a mutual defense pact or some kind of federal arrangement with Assad. And that's why regime forces and pro-Iranian militias are edging towards Kurdish-held areas from the south. Assad sees a chance to recapture lost territory. Erdoğan's hearty "safe zone" wheeze has no appeal for him.

Iran is not happy either, but for different reasons. It, too, wants to see the back of the Americans and has no love for the Kurds, a troublesome minority inside Iran. But Turkey's move threatens Tehran's hopes of controlling a northern territorial corridor linking it with its Shia allies in Lebanon – what Israel calls a "corridor of terror".

After struggling to establish a pro-Tehran, Shia-dominated government in post- 2003 Baghdad, Iran does not want to face another Sunni uprising across Syria and Iraq.

“The US withdrawal will kindle fears in Iran of a galvanized Sunni insurgency through a renascent Islamic State (Isis),” wrote regional analyst Bilal Baloch.

Worries about an Isis revival, considered more likely thanks to Turkey's move, are common to all the regional players. Strangely, in this respect at least, the US, Iran and Saudi Arabia, on the brink of war a few weeks ago, now find themselves on the same side.

Arab governments including Egypt, Jordan, Bahrain, Lebanon and the UAE , as well as the Saudis, have all condemned Turkey. After initially backing Syria's rebels, several have pursued a cautious rapprochement with Assad in recent months, based on a shared interest in regional stability and upholding the principle of territorial sovereignty.

Arab leaders also object to Erdoğan's support for the Muslim Brotherhood and his neo-Ottoman ideas about Turkish regional dominance. Like Russia and Iran, they calculate, reluctantly but pragmatically, that the only way to end Syria’s war, and contain Isis, is to back Assad. Erdoğan has now got in the way.

The crisis has produced another cautionary lesson: that American alliances cannot be trusted. The Kurds already knew this. They were betrayed in Iraq in 1991, when the US left Saddam Hussein in power at the end of the first Gulf war.

But US unreliability is new for the Saudi regime which, like Israel, ultimately depends on Washington for its security. The more the Saudis realize they cannot count on America, the more likely they are to mend fences with Iran. By some accounts, this is already happening.

How ironic if Trump's Syrian cop-out – providing a reality check about the limits of American power – led indirectly to peace in the Gulf, an end to the Iran-Saudi proxy war in Yemen, and spiked the guns of US and Israeli hawks who have pushed so hard for war with Tehran.

Massive explosion in the port rock of the Lebanese capital