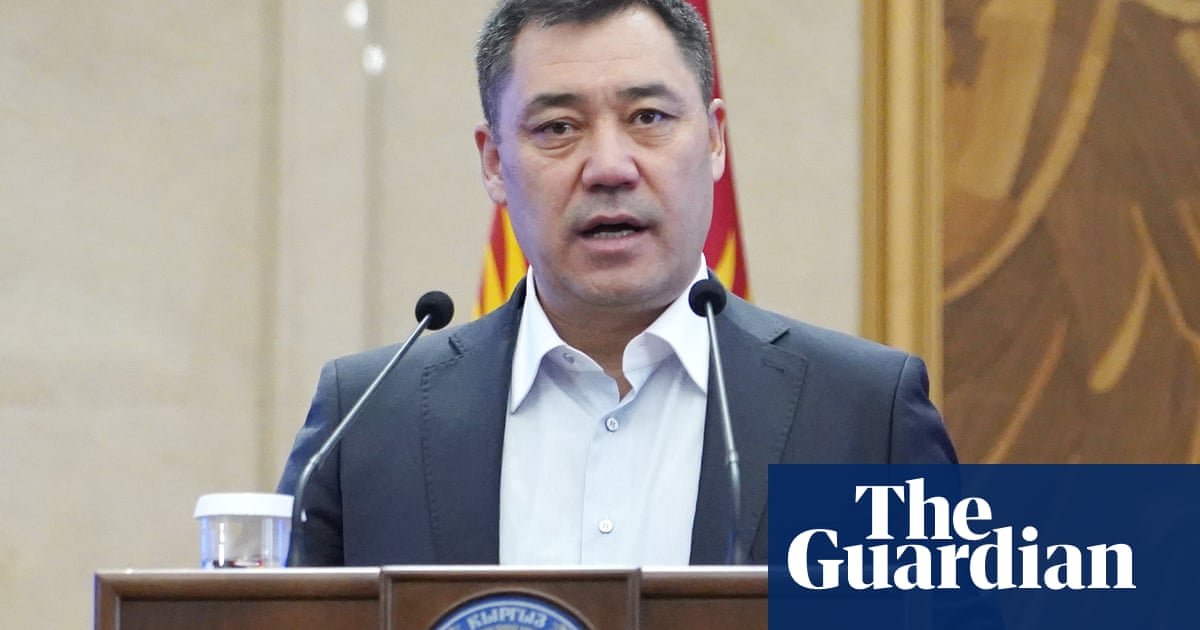 Sadyr Japarov, a nationalist politician who was sentenced to 11 years in prison over deportation charges, was confirmed president of Kyrgyzstan after his predecessor resigned following protests.

Japarov, who was ousted from prison during protests and was later appointed by Jeenbekov as prime minister in a failed attempt to eradicate unrest, declared himself head of the central Asian nation.

On Friday, lawmakers said he would lead the country until next year̵

“Never before in the history of the country have the powers of the president, prime minister and parliament all been held in the hands of one person. People are waiting for you to meet their expectations,” said Omurbek Tekebayev, the head of a parliamentary faction.

Japarov was convicted of kidnapping a public official in 2013, but fled to Kazakhstan and was arrested in 2017. He described the allegations against him as politically motivated.

Kyrgyzstan has been in crisis since the beginning of this month after allegations of vote buying in parliamentary polls carried thousands to the streets of the capital, Bishkek. At least one person was killed and more than 1,000 were injured in clashes between protesters and police.

Protesters raided several government buildings, while authorities dispersed troops in Bishkek and imposed a curfew. Jeenbekov initially said he would remain until the election was held, but later said he did not want to “go down in the history of Kyrgyzstan as a president allowing bloodshed and shooting at its citizens”.

The crisis has worried Kyrgyzstan’s ally Russia, which has seen growing turmoil in areas where it traditionally considers the sphere of influence. Post-election protests continue in Belarus, with deadly clashes in the ruined Nagorno-Karabakh region of Azerbaijan.

Kyrgyzstan has been marked by political volatility in its nearly three decades of independence. A landlocked republic with 6.5 million people, three presidents have not been in turmoil since gaining independence from the Soviet Union in 1991.

Jeenbekov came to power in 2017 as elected successor to former president Almazbek Atambayev, who is expected to be able to control him and continue to rule from behind.

However the new president reopened his former mentor, who was arrested and sentenced to 11 years in prison in June. Atambayev was released by protesters this month but was later re-arrested.