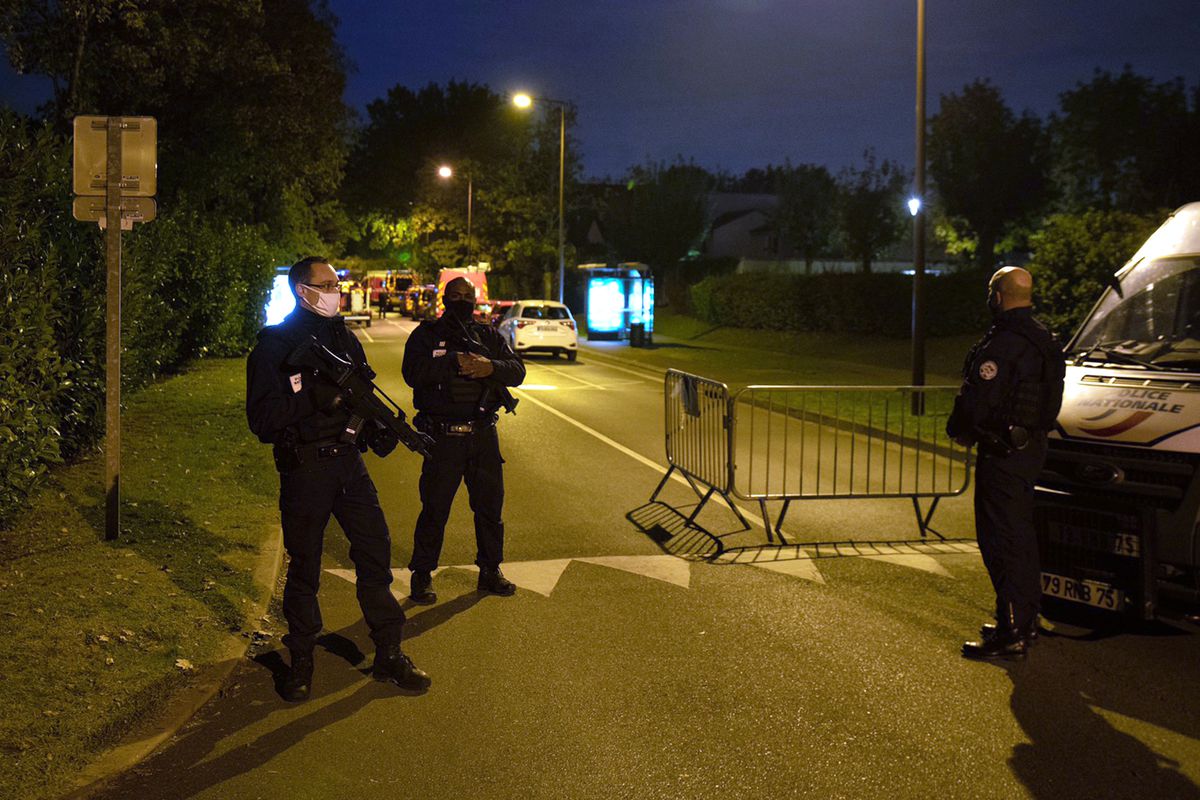 The suspected killer was caught in a nearby town and shot dead after refusing to drop a knife, authorities said. The man’s motive was under investigation, but police told French news agency AFP that the history teacher had shown cartoons depicting Prophet Muhammad in a discussion about freedom of speech in his class, a steps that propelled threats against him.