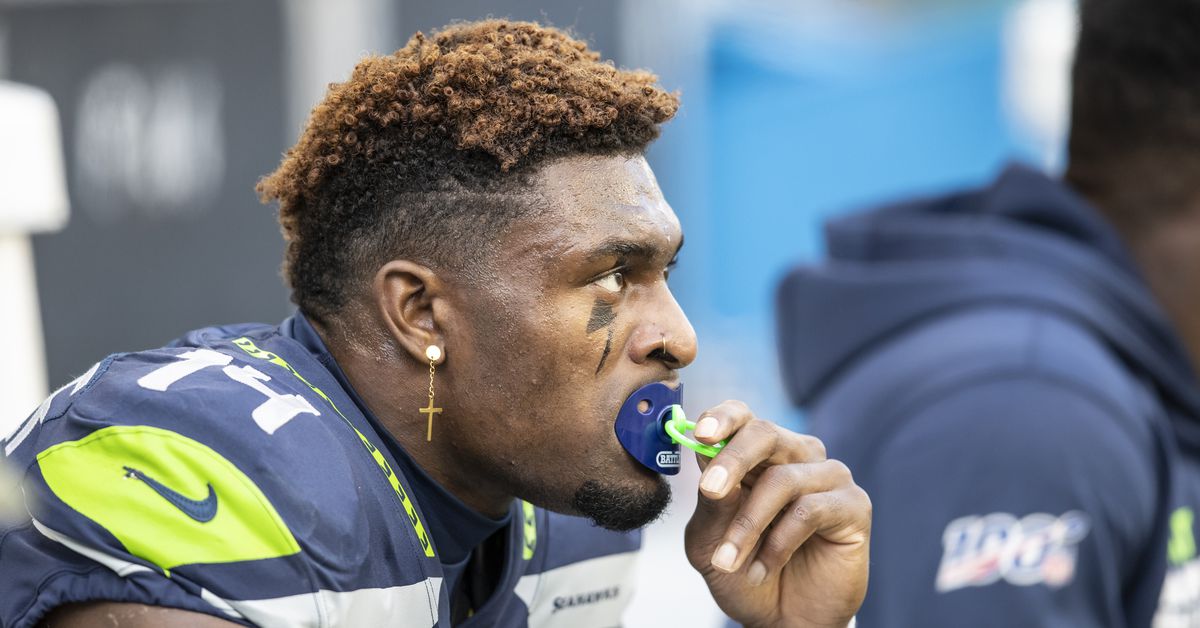 DK Metcalf impressed a lot of important people last week. Or, at least those who like to wager money on football things.

SportsBettingDime.com has been keeping track of the betting odds on the Offensive Rookie of the Year candidates. According to the average across all of their top betting sites, Metcalf has been one of the four favorites since the minute he was drafted.

Don't think of this like a typical growth graph. Metcalf didn't plummet into second last week; he skyrocketed into fourth, which is really third considering Gardner Minshew will not finish the season as a starter. Those are odds, which means the closer to zero, the better. Josh Jacobs is the clear favorite at the moment, with Kyler Murray close behind. Minshew should drop off the face of the chart next week, now that Nick Foles has been named the starting quarterback again. This would leave Metcalf as the people's third choice, as he made a significant jump in odds to win following his remarkable performance against the Tampa Bay Buccaneers.

Some fun facts about Offensive Rookie of the Year:

SportsDime also sees Metcalf as the most likely wide receiver to win the award, ahead of fellow standouts Marquise Brown of the Baltimore Ravens and Terry McLaurin of the Washington Redskins.

As people of the PST know all too well, it usually takes more than statistics to gain national notoriety (Christian McCaffrey Heisman, anyone?). This is why Metcalf’s game against the Bucs was so impactful, and why this upcoming matchup against the 49ers is equally important.

Yes, Metcalf totaled a lot of yards on Sunday, and that 100+ day looks really good. But don't make crazy plays all the time, and people are starting to notice. We've already covered basically every one of his plays from Seattle's win over Tampa Bay, but here's another angle of what we're talking about. Metcalf’s ability to make contested catches is truly impressive to watch week in and week out.

Enter the ability to impress once again on the biggest stage of the season to date. San Francisco’s defense has been newsworthy every week this season. It's got all the potential to be the best Monday night game of the year. ESPN’s coming up with weird stats just to hype it.

That will be the 3rd-best combined win pct in Week 10 or later on Monday Night Football history. pic.twitter.com/PSIWiVEc6K

I'm sure the Seahawks will rotate different ways of keeping the ball away from Richard Sherman . If Metcalf can make some plays and have a significant impact against an undefeated San Francisco team, he has the name-recognition to really turn this into a three-man ROY race for the rest of the year.

My sense is that Josh Jacobs is really good, and it will be hard to take the momentum away from him. But last week sure felt like Metcalf solidified himself as at least the third most consistent option on a very high-powered offense. If the run game isn't working, than Seattle's second go-to weapon. That should only help as the Hawks take on a ton of talented teams down the stretch, and will probably continue to throw the ball a lot.