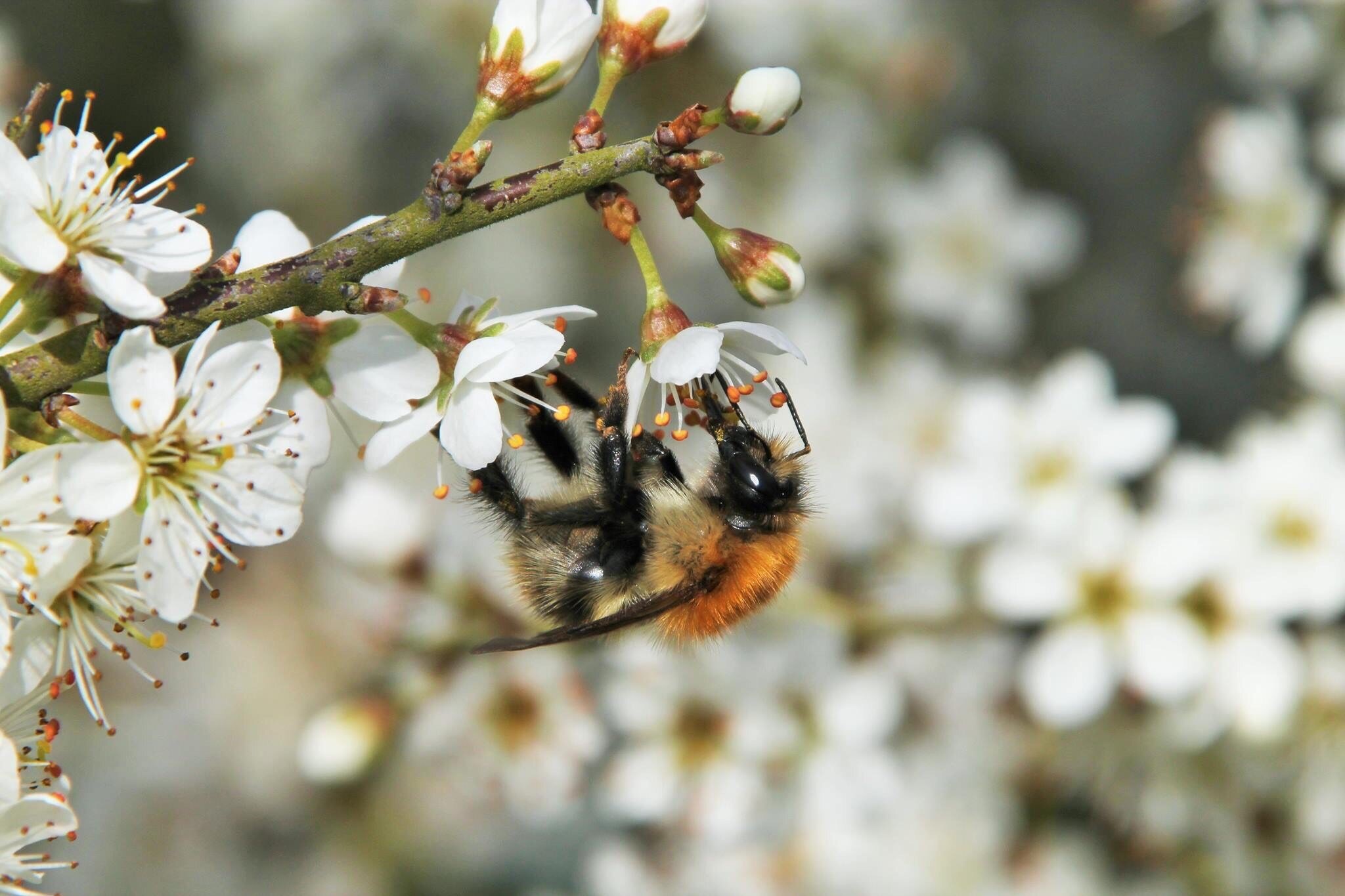 The mite has emerged as a parasite of Western honeybees, after switching from its original host, the Asian honeybee at the beginning of the last century.

The invasive mite does not live on bumblebees, but University of Exeter scientists have discovered it indirectly affects them by raising infection rates Among the honeybees, which then spread DWV to nearby bumblebees.

The researchers say their findings highlight the need for beekeepers to treat honeybee colonies affected by mites in order to protect wild bees.

"We compared areas where honeybees had Varroa destructor mites with mite-free areas, "said Dr. Robyn Manley, of the Center for Ecology and Conservation on the University of Exeter's Penryn Campus in Cornwall.

"In areas where mites were present-and therefore spreading DWV among honeybees-we found higher rates of the virus among wild bumblebees. honeybees share their environment with bumblebees, feeding on the same flowers and passing on the virus. In effect, the mites turn honeybees into 'super spreaders' of DWV. "

A large proportion of honeybees in Britain and many other countries live in hives kept by beekeepers, and dr. Manley said the study raised an important point for them. "Some beekeepers prefer not to intervene if mites appear in their colonies, but this could be endangering wild bees," she said.

As parasites on honeybee pupae and adults, Varroa destructor mites spread DWV-which is associated with dramatic colony losses due to increased over-winter mortality.

"There is a global epidemic of DWV, partly driven by the spread of the Varroa destructor mite," said Professor Wilfert, of the University of Ulm, Germany. the virus severely affects honeybee colonies.There has been less research into the impact on wild bumblebees, but studies so far suggest it can reduce their lifespan.These results emphasize the important role of beekeepers, regulators and landscape managers in maintaining the health of both managed honeybees and wild bee populations. "

There are various strains of DWV, and the Exeter study supports the view that DWV-B is taking over from DWV-A as the most prevalent strain. DWV-B is known to be more harmful to honeybees, but it is not yet clear if and how the strains affect wild bumblebees differently.

The paper, published in the journal Ecology Letters "Knock-on community impacts of a novel vector: Spillover of emerging DWV-B from Varroa-infested honeybees to wild bumblebees."

A combination of insecticides and mites weakens honeybees

Provided by
University of Exeter


This document is subject to copyright. Apart from any fair dealing for the purpose of private study or research, no
part may be reproduced without the written permission. The content is provided for information purposes only.