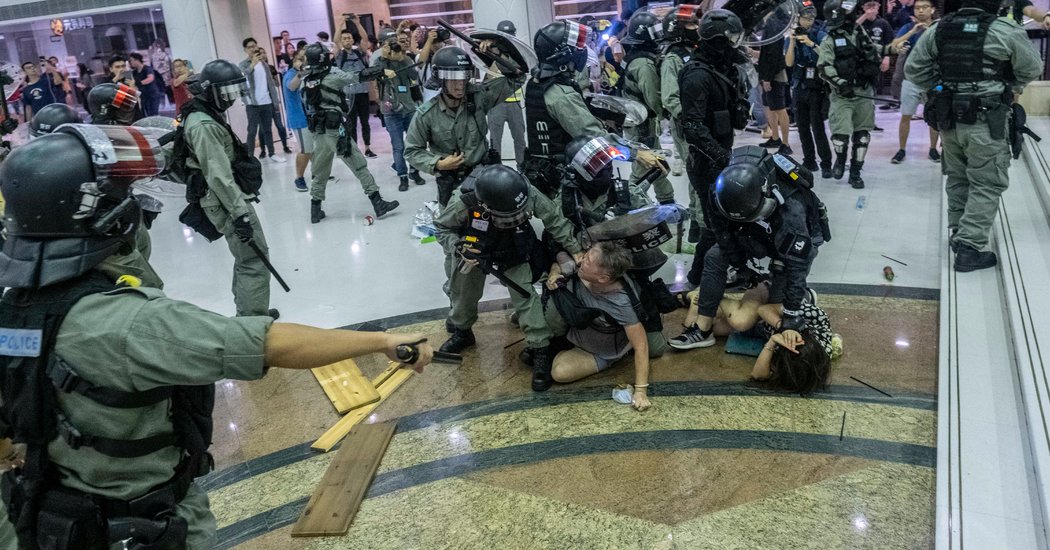 HONG KONG – A Hong Kong student was killed Friday after falling earlier this week from a parking garage near where police officers clashed with protesters, a development which is likely to exacerbate public anger after months of antigovernment demonstrations.

Chow Tsz-lok, a student at the Hong Kong University of Science and Technology, sustained head and pelvic injuries when he dropped a story early Monday morning . His death Friday morning was confirmed by the city Hospital Authority.

Anger with police escalated following widespread use of tear gas, pepper spray and baton at demonstrators during 23 weeks of protest. A key requirement of the protest movement, which began with a recently abolished extradition bill, was an independent investigation into the use of police force.

Thousands of people, including police, have been injured since protests began in June, but despite rising violence, none have died in clashes to date. Police shot and wounded one demonstrator on October 1 and another on October 4 in what they described as acts of self-defense.

In addition, several protesters killed themselves this summer.

Mr. Chow, 22, may have been the first death as a direct result of confrontations between police and protesters. But what exactly led to his fall is still unclear.

Some protesters thought it was fuel or an attempt to flee police officers was the reason. But security camera video released Wednesday by the building's owner did not show police officers or significant amounts of tear gas in the parking garage before Mr. Chow collapsed.

Carrie Lam, Hong Kong's chief executive, said Tuesday that since the case of the student dropout is still under investigation, she has not "been strong enough to jump to conclusions." He also offered her the "deepest sympathy" for her.

He also urged residents to stay away from protests "to prevent unnecessary misunderstandings when police enforce the law."

"The sole purpose was to disperse the protesters who gathered, threw hard objects and attacked the police in the hat area," he said.

Video from i-Cable News, a broadcaster in Hong Kong, was shown by police firing petrol pumps in an elevated parking garage where protesters threw traffic cones. [19659002] MS. saa n the student fell about 130 yards from where police fired tear gas that night. He did not deny the possibility that tear gas may have contributed to the incident, but said there was little value in the air when rescuers responded.

He also denied that police intervened with emergency responders who treated Mr. Chow or banned an ambulance from reaching him.

An emergency responder, who spoke on condition of anonymity because of the sensitivity of the incident said officers tried to leave the rescuers as they treated the injured student. They also prevented an ambulance from approaching, the emergency responder said. Video of the scene showed that another ambulance later drove Mr. Chow to a hospital.

The Fire Services Department said but one of its ambulances was intercepted by private traffic, not the police, and firefighters assisting Mr. Chow were not noticed. any police requesting that they leave, Hong Kong public broadcaster RTHK reported.

On Tuesday night, police used tear gas again in the area with residents gathered near the parking garage to protest.

At a mall in the Quarry Bay area of ​​Hong Kong Island, a man who apparently protested the protests fell on a man and a woman with a knife and partially in the ear by a district council member who attempted stop him. The bystanders beat the man before police arrived.

Pro-democracy lawmakers said that district council member, Andrew Chiu, had surgery to get his ear back on Monday. The man accused of assaulting her was charged Monday with assault causing actual bodily harm, police said.

Elaine Yu contributed to the report.