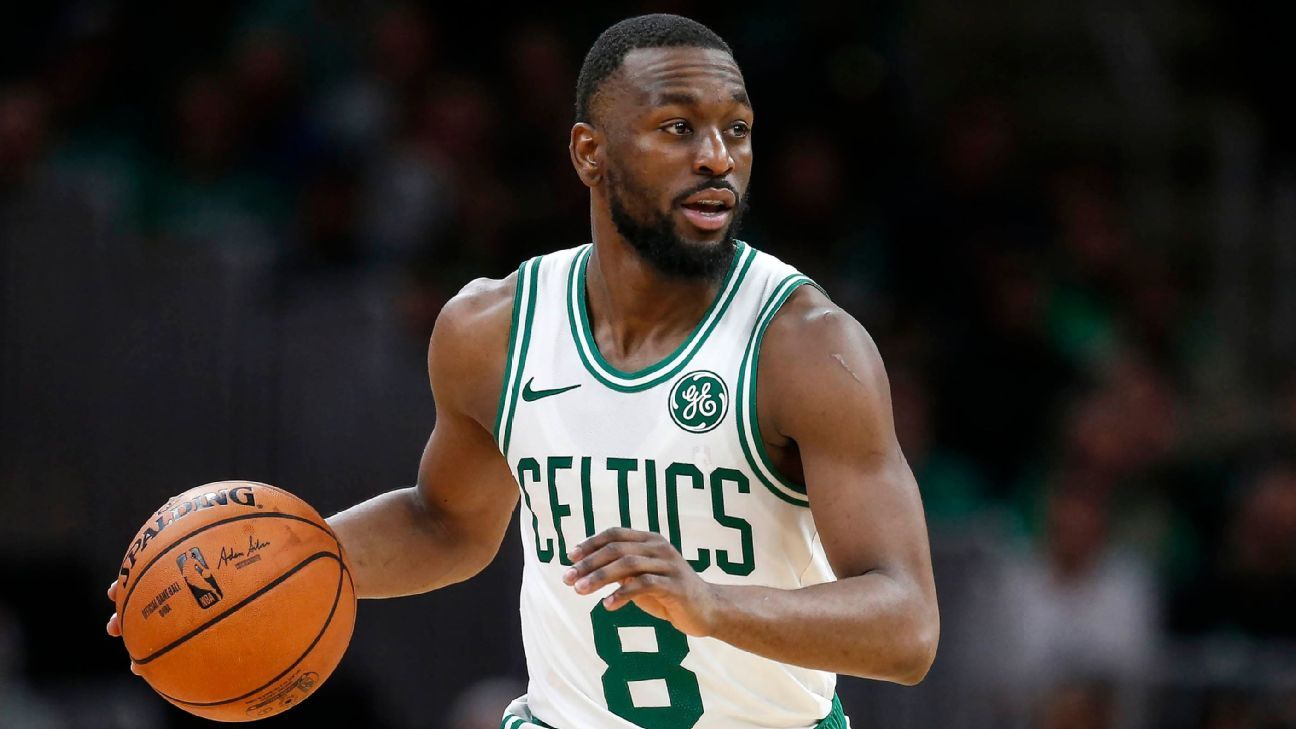 CHARLOTTE, N.C. – Kemba Walker knew the tribute video was coming. But that couldn't prevent him from shedding some tears after the longtime Charlotte Hornets star was honored with the 90-second video prior to playing his first game here as an opposing player.

"It was special," Walker said after scoring 1

4 points in a 108-87 Boston Celtics victory. "It was special. Just to be back here and the amount of love I've been getting throughout this day, leading up to this day, it's been a lot of love and the video just topped it off. It's special and it definitely obviously made me really emotional.

As Walker was introduced by Hornets public-address announcer Patrick Doughty in the same way he was during his eight years as a Hornet, he could be seen visibly wiping away tears as he huddled up with his new Celtic teammates. Walker then proceeded to have an ugly first half, going 0-for-6 from the field and making just three free throws before finally finishing the game 4-for-12 from the field in 29 minutes.

But while Walker dismissed the idea that the emotions of the night affected his play, his coach, Brad Stevens, felt otherwise.

"Yeah, it's really hard," Stevens said. " He had the right idea coming into the game, but you knew right after they played that video, that probably was going to be a tough start.

"That was really cool, and a great tribute by the Hornets. I know how Going out and playing a game after spending [eight] years here is probably really diffic ult. "

The game itself was anticlimactic. The Celtics, now 6-1 and winners of six in a row, led by nine at halftime before pulling away in the third quarter and leading by as many as 24 in the second half. That, however, didn't diminish the appreciation shown toward Walker throughout the game.

Earlier Thursday, Walker had said he expected only to get a positive reception, and that's exactly how things went. He received standing ovations both before and after the tribute video played, as well as every time he made a basket during it.

Then, after the game, a large contingent of fans on hand stuck around to cheer him off the court for a final time.

"It was amazing," Walker said of the fan support. "It's just a great feeling to know they still have love for me even though I left. But to be back and get the reception like that was really cool."

Walker also said he was touched by former teammate Cody Zeller's decision to wear shoes honoring his work with the local Big Brothers Big Sisters program during his time in Charlotte.

"They were dope," Walker said. "They were pretty cool, man. Like I said earlier, Cody is a very close friend of mine. We played together for a very long time, so for him to pay tribute to me and my mentees like that was pretty special." [19659017]
Source link