Large 2,000-year-old cat discovered in the Nazca lines of Peru 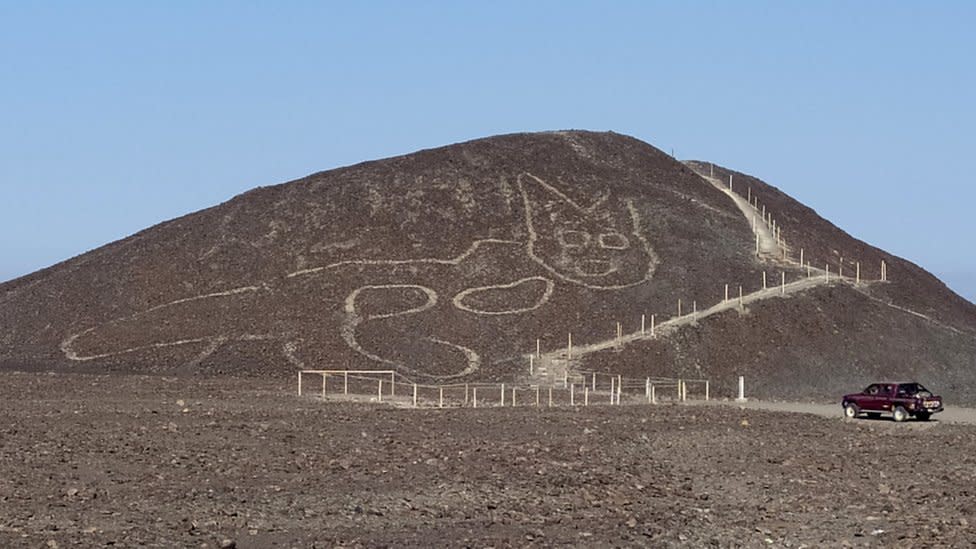 The figure of a relaxed cat was discovered in the Nazca desert in Peru.

Scientists believe the cat, like other Nazca animal figures, was created by making depressions on the desert floor, leaving the colored earth exposed.

The cat then went unnoticed until plans were recently released for a new path leading to an observation platform.

The platform would have provided a point of view for visitors to see many of the other geoglyphs.

In a statement, the Peruvian ministry of culture said: “The figure is partially visible and about to disappear, because it is located on a steep slope prone to the effects of natural erosion.”

He added that the geoglyph, which is approximately 37m (120ft) long, was cleaned and saved over the past week.

Johny Isla, Peru’s chief archaeologist for the Nazca lines, told the news agency Efe that the cat had pre-customized the Nazca culture – creating most of the figures from 200 to 700 AD.

“We know that by comparing iconographies,” he said. “Paracas fabrics, for example, depict birds, cats and humans that are easily comparable to these geoglyphs.”