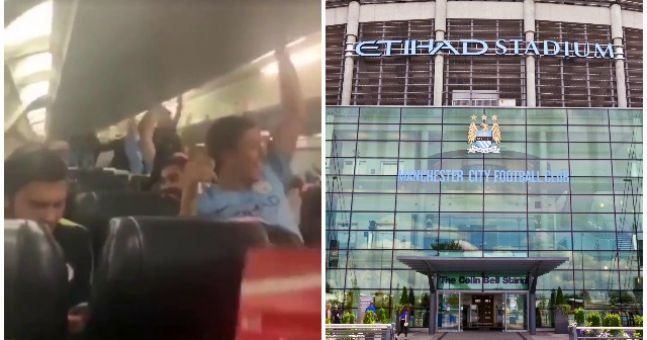 Manchester City denied suggestions that a team of their players had scorned Seán Cox or the Hillsborough disaster following Sunday's victory over Brighton.

On Tuesday, a video showing players and staff of Manchester City appeared in the following flight game. They feature in the singing of a 'Allez, Allez, Allez & # 39;' sing, featuring Liverpool's defeat of Real Madrid in the last Champions League last year and contain a line about to their fans who were "abused in the streets" and being "victims of it all."

Meathman Seán Cox suffered life-changing injuries when he was attacked before the Champions League semi-final between Liverpool and Rome at Anfield on April 24 last year.

"The song in question, which became a regular song The 201

8/19 season, refers to the 2018 Uefa Champions League final in Kiev. suggesting that the related lyrics to Sean Cox or the Hillsborough tragedy are completely non-existent. "