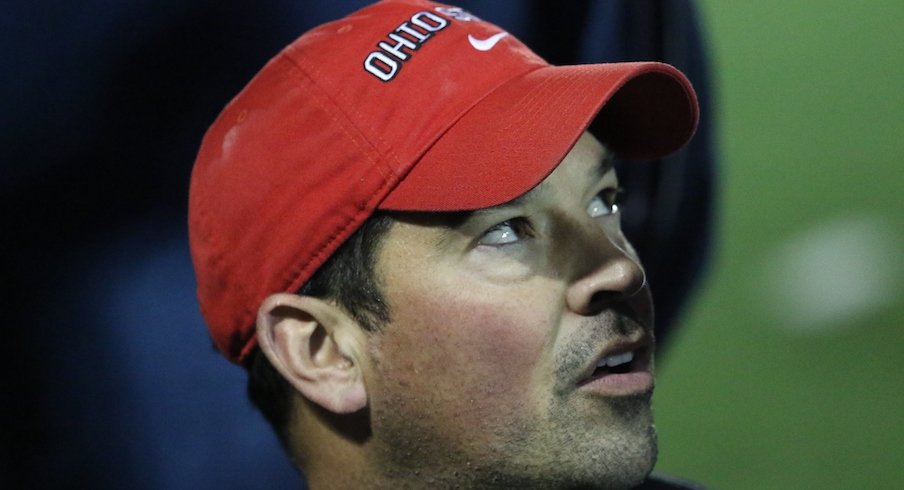 Unless something unforeseen happens, Ryan Day's first recruiting recruiting class as a head coach will rank lower than every group that Urban Meyer brought in as Ohio State's head coach. As of Thursday morning, the 2019 class was the 12th-best in the country and the third-ranked in the Big Ten. Meyer never had a group ranked below seventh overall, and every single class was the top group in the conference

That does not worry Day, though. Why? Numbers.

The Buckeyes signed just 15 players on Wednesday, and Day does not expect that number to grow much between now and National Signing Day on Feb. 6. Therefore, even though the class is not – and will not ̵

1; as deep as they have in prior years, Ohio State still has many highly regarded prospects.

"I think this class would rank top five nationally when grading the individual player, not cumulatively," Day said on Wednesday. "We do not lose a lot of seniors this year, and so within the 85 scholarships, there's really not that many spots and limited room. So when you look at the quality of the player, and obviously we'll talk about the student-athlete, as well, how important it is, we think we're as good as we've ever been. "

Ohio State has the third-highest average player rating among signees, per 247Sports rankings. Only Alabama and Georgia have better average ratings.

With two players flipping their commitments on Wednesday and signing with other schools – Jordan Battle to Alabama and Dwan Mathis to Georgia – the Buckeyes are left with just one unsigned commit, four-star offensive guard Doug Nester. Nester was expected to sign on the first day of the Early Signing Period, but due to Meyer's retirement, he decided he needed to take visits elsewhere while remaining committed before locking himself up with a university.

Everything is a game of numbers, and that's made more difficult considering Day does not know how many scholarships Ohio State will be able to use.

The Buckeyes will lose just eight seniors scholarships. Nick Bosa, Dre'Mont Jones and Mike Weber will head to the draft, opening up 11 scholarships. A cadre of other players, including Dwayne Haskins, Jordan Fuller, K.J. Hill, Kendall Sheffield, Michael Jordan and others, have upcoming decision of whether or not to leave early to the NFL draft. Each year, a small number of players typically also transfers out of the program.

Therefore, even Ohio State surely has a better grasp of which players will leave early and who might consider transferring, it can only take educated guesses of how many players it will add to its 2019 recruiting class in February. And right now, based on the information he has garnered, Day views the class as nearly complete.