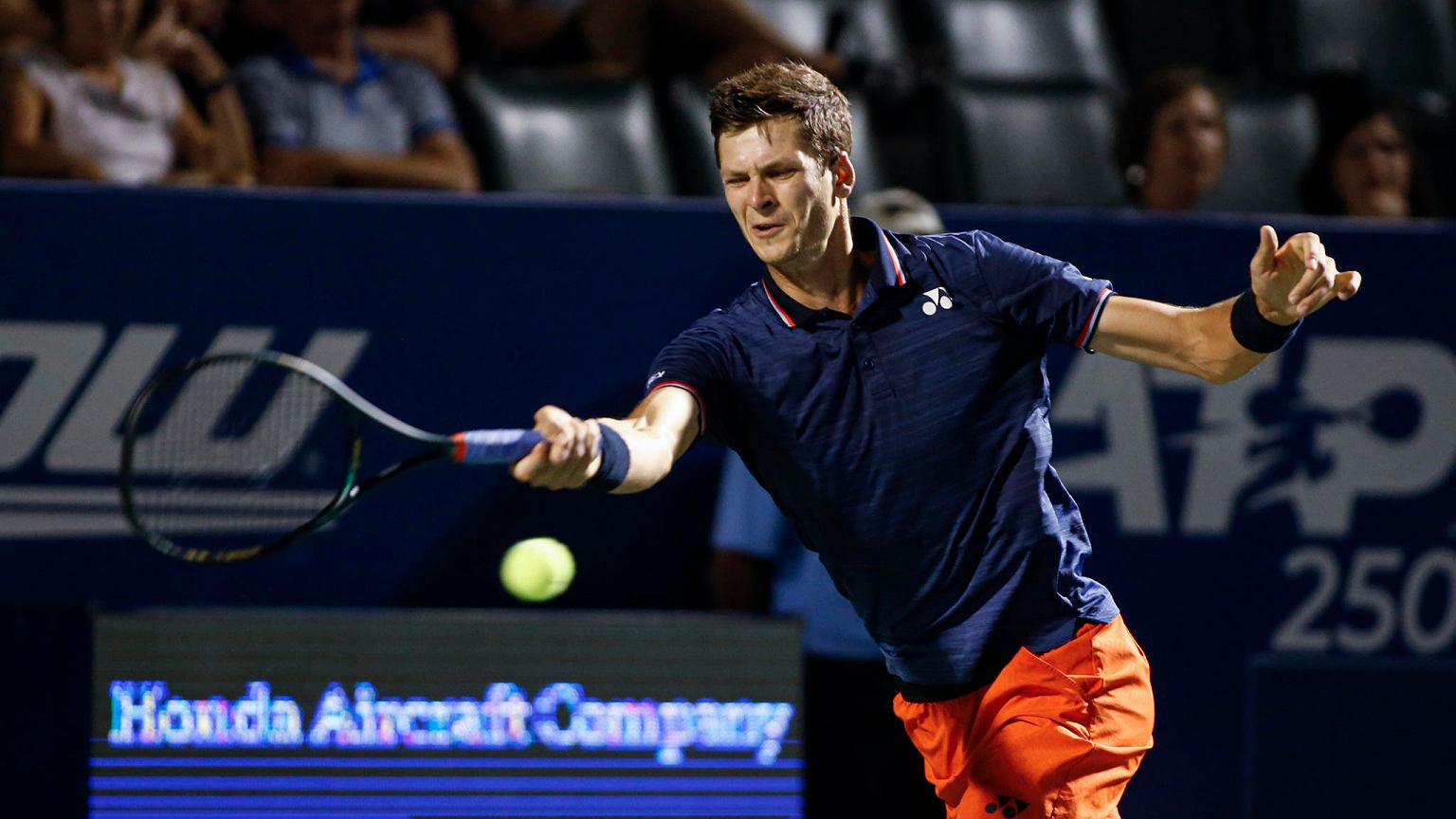 After three sets and more than two hours of play, he approached the net to move, thanking Benoit Paire for the fight and looking at him as if he were sorry: now would be fun me, don't be angry. And then he just smiled and then he gave the trainer Craig Boynton a hug. "Hubert is a nice boy, I congratulate him, he deserves it," Paire said. The Frenchman is a thirty-year-old with three titles on the ATP Tour, two in 2019, including a seven-time finalist. And for Hubert Hurkacz in the final contest in Winston-Salem everything happened for the first time. It was here in North Carolina, before the US Open, that he advanced to the semi-finals of the ATP Tour for the first time, and was here Saturday night on Polish Sunday when he won this ranking contest. for the first time. France has many finals. For Poland, this is the first ATP since 201

5 (Jerzy Janowicz in Montpellier) and the first victory in 37 years. In addition, just hours after Magda Linette won the first WTA title in the Bronx.

Wojciech Fibak and the dollar's collapse in Chicago

Then, 37 years ago, December was the martial law in Poland, and they played in Chicago under the roof. Wojciech Fibak defeated Bill Scanlon in the final 6: 2, 2: 6, 6: 3, 6: 4. He won the entire winter of World Championship Tennis during that time. That's the name of one of the forerunners of the current ATP Tour. Fibak got a half-million-dollar bonus on winter space tournaments in Poland at that time, as millionaire Lamar Hunt, a sports supporter – he invented the name Super Bowl – invested a fortune in the WCT prize pool to show the authorities of the Grand Series competing Prix, how to do professional sport.

Hubert Hurkacz will leave North Carolina in New York with a modest check, for 96.5 thousand dollars. He has been bigger, though twice as big for the Indian Wells quarterfinals of 2019. But he has never been in a career that has scored many points: 250. In the latest ATP ranking he should be in the top spot in the racing 35th place. And the experience he gained at Winston-Salem was priceless. Of course, the tournament due to the proximity of the Grand Slam is on average staff. But learning how to win finals is crucial in all situations. And this finale is worth it at some point. After quite a bit of success in the first set, Hurkacz released his hands over the course of the second. And when the gentle rain forced a long break before the third set, one might be afraid that Hubert Hurkacz would return to court: a tree full of good energy from the first set, or slightly annoyed from in the second part of the second set.

Fear of beginning of third row. Not necessarily, Hurkacz regained control of the match on time

In the first two rows, the Pole first broke his opponent's pass, and then the rival responded. In the first set, Hurkacz corrected to another victory and controlled the events to the end, in the second set he missed his chances and gave his rival momentum. But it's still the rival to chase. And they made a lot of mistakes in the final. But the third set started to worry, Pole seemed confused. He, unlike the previous sets, was the first to lose the game on his own pass. One might be afraid that Paire is in control, that maybe the Pole is too embarrassed by the proximity of the first title to his career. But fears are not necessary. Hurkacz won two more games, not beating him in the next rain break. With a state of 3: 2 for a Pole, his rival began to make mistakes after a mistake. The net, net, car and Hurkacz had three balls to break the French service. He took the opportunity, then won with his pass and kept three games in front of him until the end of the match. – What did you tell your staff after the match? – asked him in court when he received the awards he deserved to win. "I have a lot of work to do," he replied. In the first round of the US Open, his rival was Frenchman Jeremy Chardy (ATP 74.). In the second round, Swiss Stan Wawrinka (24 ATP) or waiting is waiting for him

Polish national team. Grzegorz Krychowiak will be coming to the group staff