Polish bunkers. The rich want to be ready for war, but the market is just getting started 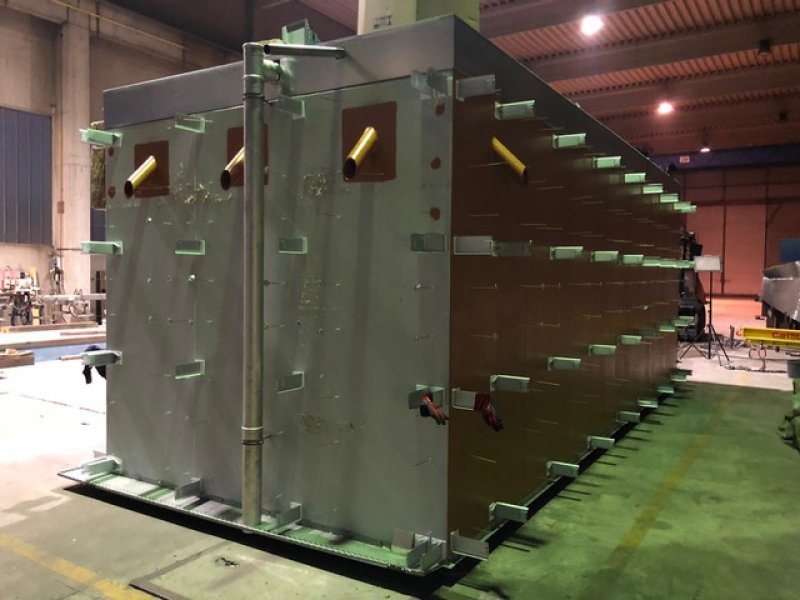 Michał Lorek works in the construction industry and some time ago he found a new niche – buildings for wealthy Poland. A year ago, he founded the company Mahton, which would build "modular shelters."

No dwelling has been built yet. As Lorek explained, the company takes the issue very seriously – so long has it been engineering research. These were carried out, among others in collaboration with scientists from the Military University of Technology. We also hear that the university is "a strong partner, but also a member of the consortium and co-owner of copyrights."

As Lorek explained in a money.pl interview, funding for the construction of a prototype protection was underway. If the company passes this stage, it will offer accommodation to its clients.

The PHN is going up. The company is building a 155-meter skyscraper in Warsaw. Watch video:

The company's residences are priced from 500,000. zł. We ask for the maximum limit. Michał Lorek responds that it all depends on the client's imagination and portfolio.

On the other hand, Gdańsk company Filze Gres insures that it provides shelters. – We build residential homes with full equipment and power supplies. It allows a family of four to survive up to 90 days in home-like conditions, without having to interact with the outside world – we read on the company's website. for 90 thousand zł. However, its representatives tell us that customers often spend at least 500,000. PLN, and sometimes even a few million. – It all depends on the geological conditions and the needs of the customer – we hear

At Filze Gres, we hear that interest in dwellings is growing – and growing. – We run a lot of projects – we hear about the company, but we don't know exactly how much.

Industry representatives said there were many queries about residential construction. The motives are diverse – some millionaires want to be prepared for a possible war, cataclysm – or even a sudden change in the public sphere. Others, however, are looking for a refuge to … impress their friends. – The neighborhood does not have such a thing – smiles one of the industry representatives.

Michał Lorek claimed that there were many spoilers. But the Polish market for private shelters and bunkers is still shallow. Only two companies operate here.

Or maybe a fortress?

Sometimes, however, Polish architecture offices also get surprising orders. For example, a dozen or so years ago, KWK Promes from Katowice received such an inquiry. The client wants a building that can instantly become a fort.

This is how the "safe house" project was created. The building is surrounded by a solid wall, with sloping walls and even retractable passages. Thanks to this, it can be a solid, inaccessible block within a dozen or so minutes, where even windows slide down walls. many details about the project – this is due to, among others, client contracts. However, we hear that the house is not only to protect owners from the effects of a possible cataclysm, but also children from a busy road nearby. – Questions occur. We have not built a similar building yet, but I can say that the solutions that have been developed are often used in our other projects – we hear.

For a bunker for Oder?

But what if a customer in Poland wanted a real bunker – who could withstand the nuclear war? He was forced to order something like this abroad. Take for example Berlin.

The BSSD company from the German capital offers, for example, a 30-meter "protection room" even withstanding the explosion of an atomic bomb. The price is 124,000 Euros, i.e. more than half a million zlotys. The shelter is a special power system and small bathroom. At special request, the company may also build larger residences, up to 100 square meters.

BSSD also has "armored garage" in its assortment. On a day-to-day basis, they can be used as ordinary rooms for cars, but when the threat arrives – you'll be able to hinder it. Price? Out of 270 thousand euros, or 1.1 million PLN

As we have heard from the company, "shock rooms" are the most popular. These are small shelters measuring 2.4 by 3 meters. Nuclear wars are unlikely to survive, but as the BSSD assures, terrorist attacks are the most prevalent. Prices of basic rooms start from 23 thousand. Euro, but many additional adjustments are possible. The company ensures that each order is completed in about three months.

– But a customer from Poland has not hit us yet – we hear. rich people, you will burn like a chicken and be strange when Reset 2024 came

Leszek I wish there was such a shelter.
I'll hide from my wife 🙂

Teodor Bogacze from the key key … agreement with Magdalena.