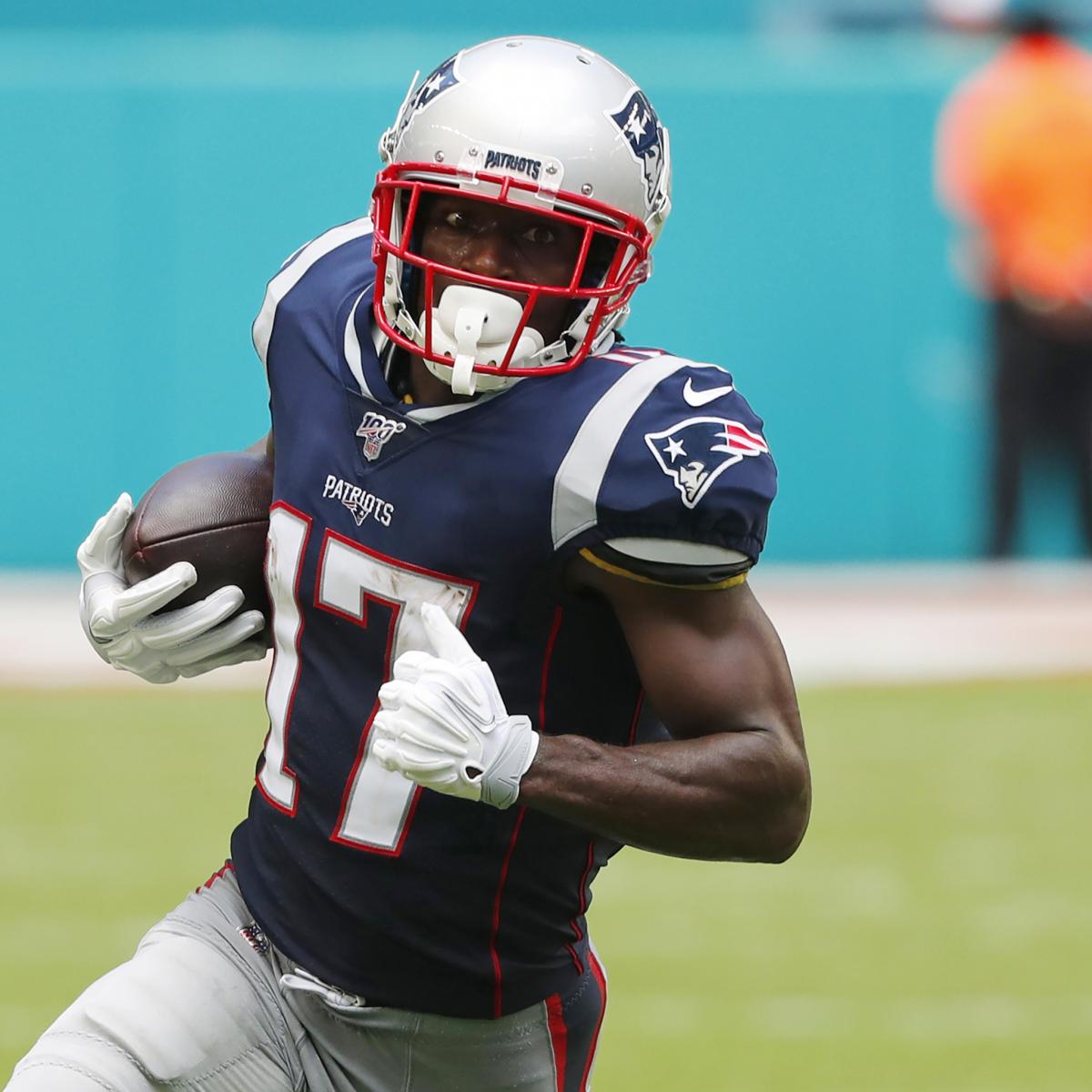 ESPN's Jeremy Fowler reported Saturday that Brown is keen on an NFL return despite a Twitter post in late September suggesting he was quitting football. The wideout, who's under league investigation over allegations of sexual assault and sexual misconduct involving two women, is open to a New England Patriots reunion, per Fowler.

Will not be playing in the @NFL anymore these owners can cancel deals do whatever they want at anytime we will see if the @NFLPA hold them accountable sad they can just void guarantees anytime going on 40m 2 months will see if they pay up!

The 31 -year-old Miami native was traded from the Pittsburgh Steelers, who selected him in the sixth round of the 2010 NFL draft, to the Oakland Raiders in March.

He was released by the Raiders in early September after a freak foot injury and a helmet grievance forced him to miss training camp practices and preseason games. A rift also developed between himself and Raiders general manager Mike Mayock, which led to a confrontation between the pair just days before Brown's release.

Days after Brown signed with the Patriots, Britney Taylor, his former trainer, filed a federal lawsuit in Florida accusing him of rape.

Drew Rosenhaus, the receiver's agent, appeared on ESPN's SportsCenter (via Sam Marsdale of 247Sports) to deny the allegations on his client's behalf.

"I believe these allegations are false," he said. "He denies every one of them, I am very confident that his legal team has facts that will prove this. All we can ask for is that people keep in mind that this is a civil matter. This is not a criminal matter … I I've been an NFL agent for 30 years and my concern is that people judge Antonio without knowing the facts. "

Then Robert Klemko of Sports Illustrated reported details from an artist who said Brown made unwanted sexual advances toward her in 2017 while she worked on a mural in his Pittsburgh-area home. Klemko later provided intimidating text messages sent to the artist after the story was published, which were from the same number she had previously used to contact Brown.

"Antonio Brown has reviewed the sexual misconduct allegations made by an unnamed artist included in a recently published Sports Illustrated ] article and denies that he was ever engaged in such activities, "he said. "There will be no further comment at this time."

The Central Michigan product, who made four catches for 56 yards and a touchdown in his Patriots debut Sept. 15, was released by New England on Sept. 20.

Antonio Brown catches his first touchdown as a Patriot

ESPN's Adam Schefter reported Brown filed an NFL-record nine grievances after being cut by the Pats relating to lost salary and bonuses from his time with both Oakland and New England.

The NFL has not provided a timetable for a conclusion into its investigation under the league's personal conduct policy.