RNC chairman: Republicans who distance themselves from Trump are ‘hurting themselves’ 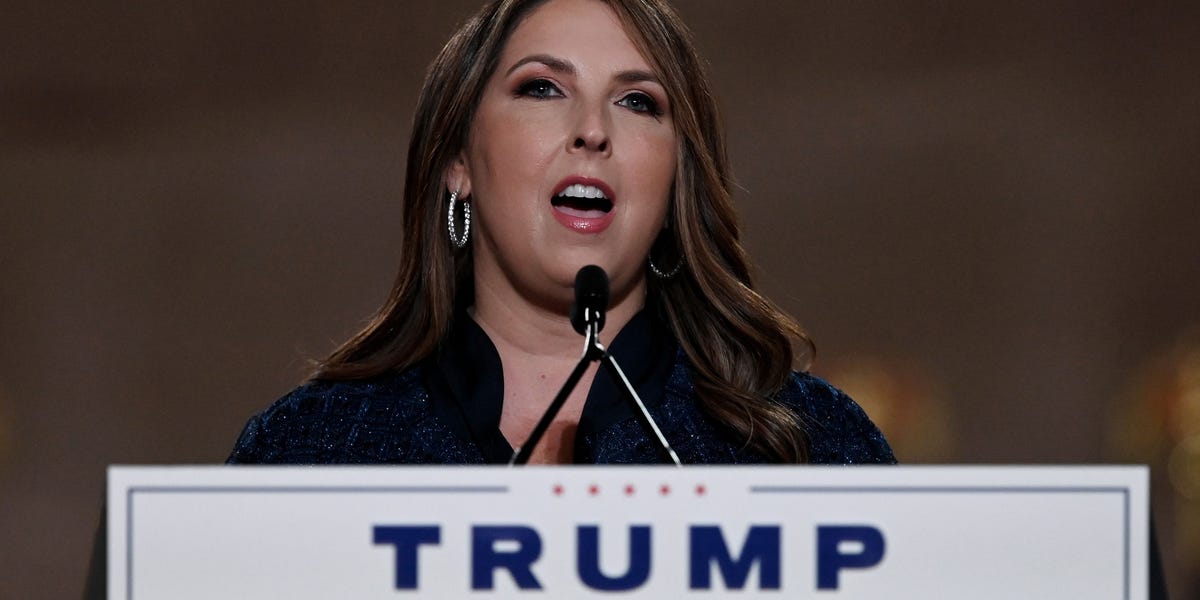 Ronna McDaniel, chairman of the Republican National Committee, on Sunday warned Republicans against distancing themselves from President Donald Trump as the election approaches.

McDaniel made the comments after George Stephanopoulos, moderator of ABC̵

7;s “This Week”, asked if he had seen Republican senators attempt to distance themselves from the president.

“We see this tremendous energy, and we see a tremendous amount coming out for the president, and this race,” he added. “And any Republican who does not recognize that running with the president will help them is hurting themselves in the long run.”

On Saturday, President Trump criticized Nebraska Sen. Ben Sasse, a Republican, after the audio of a constituency town hall where Sasse criticized Trump published by The Washington Examiner.

“I am now looking at the possibility of a Republican blood bath in the Senate, and that is why I have never been on the Trump train,” Sasse said at the said town hall. “This is why I did not agree to go to his re-election committee, and why I did not campaign for him … I spent a lot, last year on a campaign bus, and when you listen to the Nebraskans , they don’t really want more angry tweets as a new form of entertainment. ”

When Stephanopoulos asked if McDaniel was concerned that Trump seemed to be engaged in “open warfare with his own senators,” he dismissed concerns.

“I think this president is fighting for the American people every day,” he said. “I’m not worried about Washington beltway politics.”

As The Associated Press reported earlier in October, a number of Republicans were reportedly concerned about Trump’s handling of the coronavirus pandemic and attempted to create distance between him and the president as he entered the final stages of his re-election campaign. Republicans currently have 53-47 seats in the majority of the Senate and are at risk of losing it next month.

“He refused to take it seriously,” Sasse said in a call for Trump’s response to the virus that has infected more than 8 million people in the U.S., according to a number from Johns Hopkins University. “For months, he treated it like a news-cycle-by-news-cycle PR crisis.”

Trump Angers Gretchen Whitmer During Her Rally In Michigan