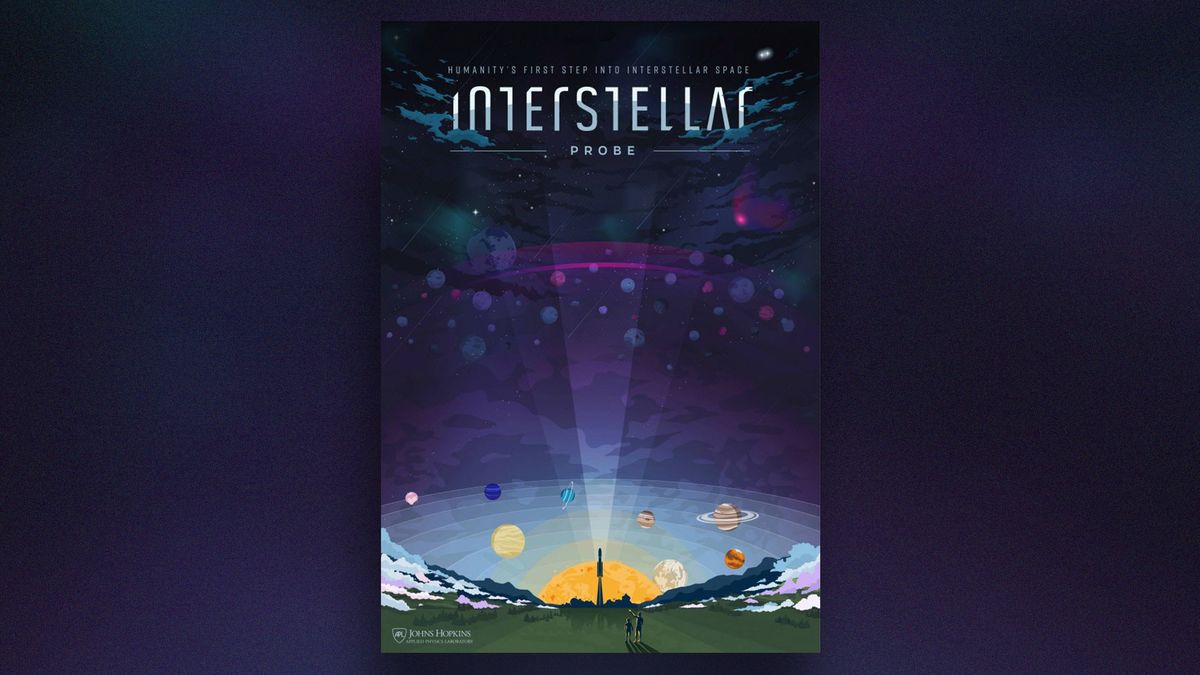 NEW YORK – The Interstellar Probe, an ambitious concept to journey toward the edge of the solar system, is inching closer to becoming a reality. During a panel event held at The Explorers Club here on Oct. 17, scientists discussed the idea of ​​sending a spacecraft 90 billion miles (145 billion kilometers) away from the sun.

Earth and its sibling planets bob around our solar system like goldfish in a bowl, which, in this case, is a boundary produced by the sun. Now, imagine if a fish could send a probe outside the bowl to learn about its place in your living room. This funny thought is a bit like the idea behind the Interstellar Probe.

Space technology has evolved to enable new science missions. Groundbreaking investigations have been supported by tech ranging from orbiting space telescopes to the cameras onboard up-close-and-personal missions like Cassini, Juno and New Horizons, which have taken incredibly sharp images of Saturn, Jupiter and Pluto, respectively.

"What we've never done is take a spacecraft and put it outside of our entire solar system," Jason Kalirai, an astrophysicist at the Johns Hopkins Applied Physics Lab in Maryland, said during the panel.

The sun influences a region around itself where Earth, comets and other planets move about. This "bubble" acts like a barrier to keep out dangerous cosmic radiation and keep in the charged particles released by the sun, which are essential for plants and humans. By sending a probe into the interstellar space, scientists could better understand how this bubble formed and what the bubbles surrounding other stars might be like.

The kinds of questions that we can ask about the heliosphere while we are still inside of it are subject to a number of different biases, according to Princeton University heliophysicist Jamey Szalay, who was also part of the panel. As he put it, an interstellar mission was "the next order of magnitude step" after Voyager.

NASA's Voyager 1 and 2 spacecraft, which launched in 1977, became the first probes to exit the solar system. In August 2012, Voyager 1 reached interstellar space as it observed that it was surrounded by a 9% increase in galactic cosmic rays coming from outside the solar system. Voyager 2 entered interstellar space six years later, in November 2018. The incredible duo continues to send back data to Earth, and is a testament to multigenerational scientific exploration.

While it is still in its early stages, NASA hopes that its Space The Rocket Launch System (SLS) will take the Interstellar Probe to the edge of our "fishbowl" in less time than Voyager 1's 35-year journey. According to a panel comment from Rob Stough, the utilization manager for the SLS, the rocket's next-generation heavy-lift launch capability could support the Interstellar Probe and its potential legacy.

Researchers are still deciding which spot on the heliosphere fish bowl to aim the probe toward. "We're not exactly sure which direction [to take] out into the interstellar medium," Michael Paul, Interstellar Probe Study Lead at the Johns Hopkins Applied Physics Lab, told Space.com before the panel discussion. "Do we go in a direction that follows the Voyagers, do we go in a direction that is indicated by new science that [will] come in from missions like IMAP, that IBEX has shown us, [or] do we take a new direction altogether? "

" We don't know which direction we're going to leave in yet… [and] we are open-minded about where we are going to visit on the way out, "Paul added.

There's still plenty to sort out, but enthusiasm is already in place and growing for the Interstellar Probe.