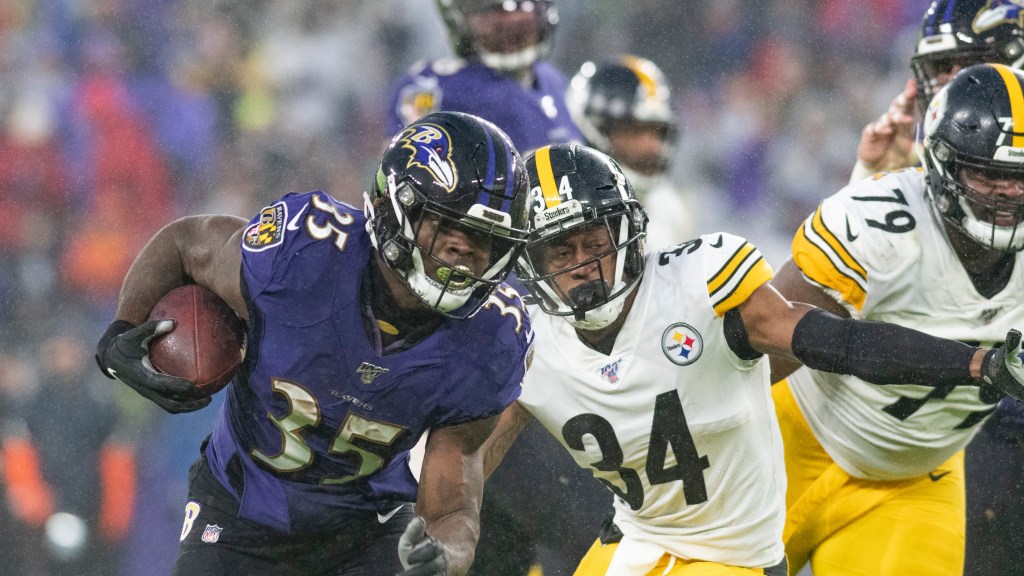 With Mark Ingram Jr and JK Dobbins both having their moment in the Ravens ground game, running back Gus Edwards could be a strange person for this year.

The Bleacher Report recently listed Edwards as a player to be replaced by Baltimore before the deadline. His target landing? The Vikings. Here is what the outlet said about the option:

“The Minnesota Vikings look like a major landing spot after running back Dalvin Cook suffered a groin injury on Week 5. According to The Athletic’s Chad Graff, he is not expected to play on Sunday against the Atlanta Falcons, and the team will review his injury after this Sunday 7 bye.

Running back Alexander Mattison is likely to have part of the job neck, but Cook is not a lock to return in the coming weeks. Instead of throwing the towel at a start of 1

-4, the Vikings should add a downward ball-carrier who is in a modest contract and will be able to thrive on the offensive coordinator Gary Kubiak.

Towards Week 6, Minnesota’s quick offense is in fourth. Edwards will probably keep working on the team ground while Cook sits. ”

I’m not sure Minnesota needs Edwards, to be honest. Running back to Alexander Mattison is a much more capable backup. Running back Mike Boone adds decent depth to the team. I think if Cook was out all the time, maybe. He may have been reportedly out for the Falcons game, but there are no reports yet that he is missing out on serious time.

If Antoine Griezmann does not start El Clasico is that the end for him in Barcelona? | La Liga – ESPN UK