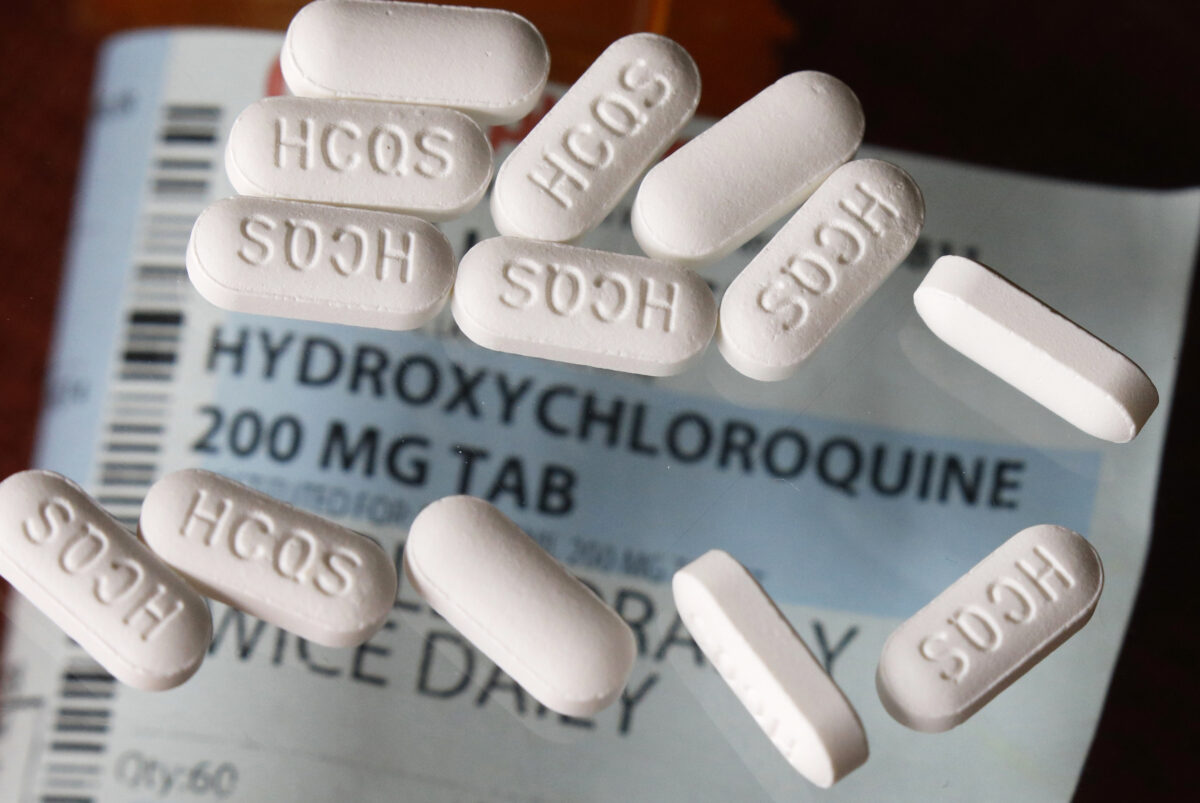 The medical journal The Lancet on May 29 released a correction to a recent study that found that antimalarial drugs Hydroxychloroquine and chloroquine were associated with an increased risk of mortality in hospitals, and an increase in the frequency of irregular heart rhythm.

The study, titled, “Hydroxychloroquine or chloroquine with or without a macrolide for the treatment of COVID-19: a multinational registry review,” was published on May 22, with records of 96,032 patients from 671 hospitals on six continents. Patients will be hospitalized between December 20, 2019, and April 14, 2020.

4,888 patients in the treatment group suffered higher mortality compared to the control group of over 80,000.

“We did not confirm a benefit of hydroxychloroquine or chloroquine, when alone or using a macrolide, in hospital outcomes for COVID-19,” the researchers write.

The study led the World Health Organization to temporarily suspend hydroxychloroquine testing in COVID-19 patients, and in the UK regulatory body, MHRA, which requested a temporary pause of all hydroxychloroquine trials at UK. France also changed the national drug recommendation to COVID-19 treatment and stopped all trials.

However, more than one hundred scientists and medical professionals raised questions about the integrity of the data analyzed in the study and then wrote an open letter to the authors and editors of The Lancet, listing of the 10 major concerns.

This includes the fact that there is no “ethical analysis,” and “unusual small reported variations in underlying variables, interventions and outcomes,” as well as “no mention of the countries or hospitals that contributed to source of data and no acknowledgments of their contributions. ”A request to the authors for information on contributing centers was rejected, the letter said.

Scientists include other concerns that the average daily dose of hydroxychloroquine is higher than that recommended by the FDA and that the data reported from Australian patients does not seem to match data from the Australian government.

“There are too many cases for five hospitals, more in hospital deaths than occurred nationwide during the study,” they wrote, noting that Surgisphere, a healthcare data analytics company , has since said it was a mistake to classify one hospital from Asia. “This indicates the need for further error analysis across the entire data base,” they wrote.

The scientists also said that the authors “did not adhere to the standard practices of the study and statistics community. They did not release their code or data.”

“Data from Africa indicate that nearly 25% of all cases of COVID-19 and 40% of all deaths on the continent have occurred in Surgisphere-related hospitals with sophisticated electronic patient data , and the patient monitored and recorded ‘nonsustained [at least 6 secs] or prolonged ventricular tachycardia or ventricular fibrillation. ‘Both the number of cases and deaths are unlikely, and the detailed data collection. “

The Lancet study was informed by data from the Surgisphere in which Sapan Desai, the president and Chief Executive Officer, was listed as one of four authors.

“This hospital has been properly reclassified to our database. The paper’s findings are not affected by this update,” the company said.

In a correction released Friday, The Lancet also cited the same hospital.

“The appendix was also fixed. An incorrect S3 table was included, which originally came from a propensity score that was matched and weighted table developed during an initial evaluation. Includes raw raw material. summary data. “

The Lancet added that there was “no change in the paper’s findings,” and that the corrections were made to the online version and would also be made to the printed version.

In response to the correction released on May 29, James Watson, a statistician based in Thailand with the University of Oxford’s Center for Tropical Medicine and Global Health, who led the drafting of the letter, told BuzzFeed News that the author of the study. to meet the other nine points specified in the letter.