The US successfully tested a laser weapon that could destroy mid-flight aircraft. 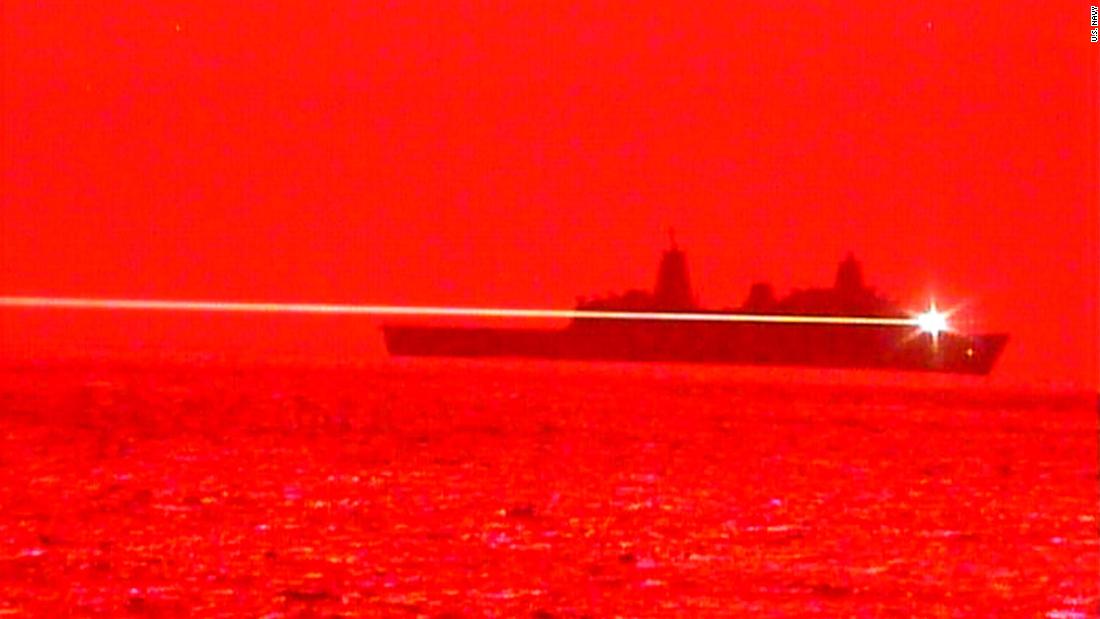 Images show the laser coming from the war deck. Short video clips show what appears to be drone burning.

The Navy has not provided a specific location for the laser weapons system (LWSD) test, saying it only happened in the Pacific on May 16.

Weapon power has not been disclosed, but a 2018 report from the International Institute for Strategic Studies has said it expects to be a 150-kilowatt laser.

“By conducting advanced sea trials against UAVs and small craft, we can gain valuable information on the capabilities of the Solid State Laser Weapons System Demonstrator against potential threats,”

“With this new advanced capability, we will redefine the war at sea for the Navy.”

“The Navy’s development of DEWs like the LWSD provides the immediate benefit of the war and provides the commander with increased decision and response space,” the statement said.

In 2017, CNN witnessed a live-fire exercise of a 30-kilowatt laser weapon aboard the amphibious transport ship USS Ponce in the Persian Gulf.

At that time, Lt. Cale Hughes, a laser weapons system official, said how they work.