Trump is too busy to deal with emoluments case, Justice Department lawyers argue 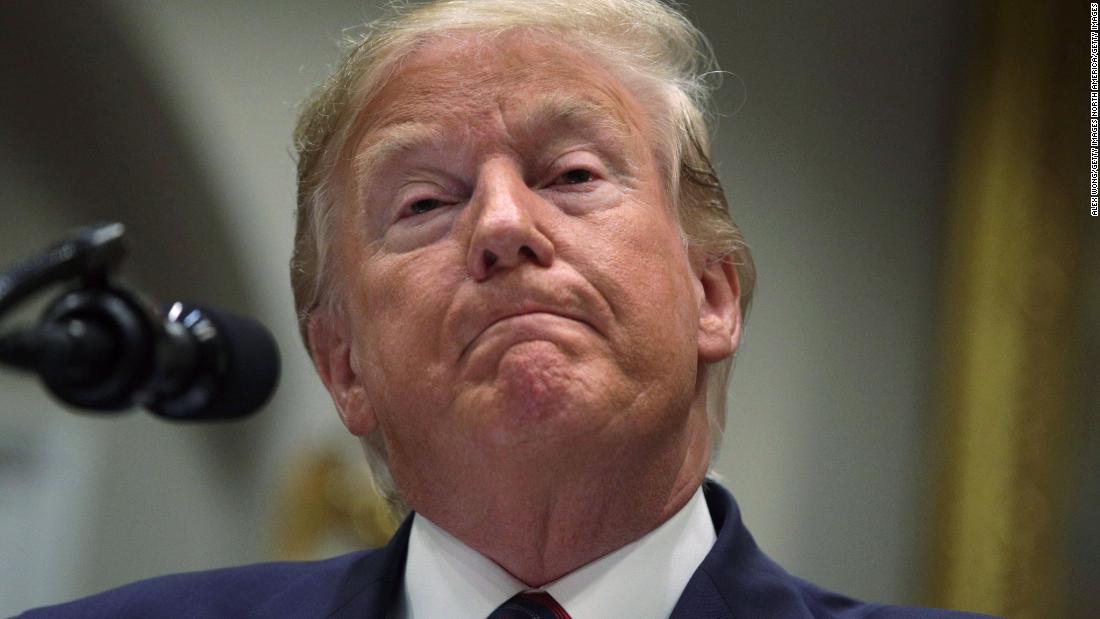 After a morning court hearing where Trump sought to hold off the congressional subpoena of his accounting firm, the Justice Department told a separate federal judge overseeing a different court case that congressional democrats should pause their pursuit of his records.

The reason they gave: the President is too busy to deal with it.

This new attempt to stop Democrats from collecting Trump's business information comes amid a growing battle between Congress and Trump for financial records.

Earlier Tuesday, Trump's private legal team was in court asking a judge to kill a subpoena for Trump's accounting records, alleging that Congress should not have the ability to look into the same topics as law enforcement when investigating the President. But the judge pushed back on whether courts could limit Congress' request for information. House Democrats have sent subpoenas, separately, to two banks that worked with Trump and his companies, and to the IRS for his tax returns.

The case Tuesday in which the Justice Department asked for a pause centers around benefits that Trump's companies appear to receive from foreign governments while he is in office – like governments' hotel bookings and regulation approv abroad.

More than 200 Democrats in Congress sued Trump in 2017 for depriving them of the ability to review his business portfolio and vote on its constitutionality. Those lawmakers have alleged that Trump may be receiving illegal proceeds from foreign governments under the Constitution's Emoluments Clause, which says "no person" in office can accept presents or other benefits from "any King, Prince or foreign State" without Congress' approval. 19659009] Judge Emmet Sullivan of the US District Court in DC told the House Democrats they could proceed with their lawsuit, and added late last month that the constitutional clause should be interpreted broadly.

The Justice Department responded on behalf of Trump on Tuesday, asking Sullivan to pause the case so that Trump can appeal.

A pause in the litigation would mean that congressional democrats could not seek records and other evidence meant to build their court case.

The Democrats "are now poised to seek civil discovery against the President, including into his personal finances and official actions, which will distract the President from his official duties," the Justice Department told Sullivan on Tuesday. Congress seeking the records in this lawsuit would be an "unprecedented circumstance" for a sitting President facing a constitutional challenge, the Justice Department added.

The judge's approval would be needed for an appeal at this stage of the case – since the case is not fully decided yet in the trial court.

In a separate case regarding Trump and emoluments, the President similarly attempted to appeal at an early stage, and the Justice Department gave rare approvals to go straight to an appeals court, bypassing the trial-court judge after he disagreed with Trump's arguments. In that case, attorneys general from the District of Columbia and Maryland say Trump's hotel in Washington has deprived their casinos, restaurants, hotels and conference spaces of visiting state and foreign governments' business.

The state attorneys general had begun subpoenaing Trump's companies for records related to the Trump International Hotel before an appeals court paused the action.

That case was argued at the Fourth Circuit Court of Appeals in March, and there is not yet a decision from the court.

Trump turned over the management of his companies to his sons in the days before he came President, and his assets are currently held in a trust.

Unlike the direct challenges to block House committee subpoenas, the two emoluments cases grapple with an area of ​​constitutional law that has almost never previously been interpreted by the federal courts, and so they are widely expected to be destined for the Supreme Court .