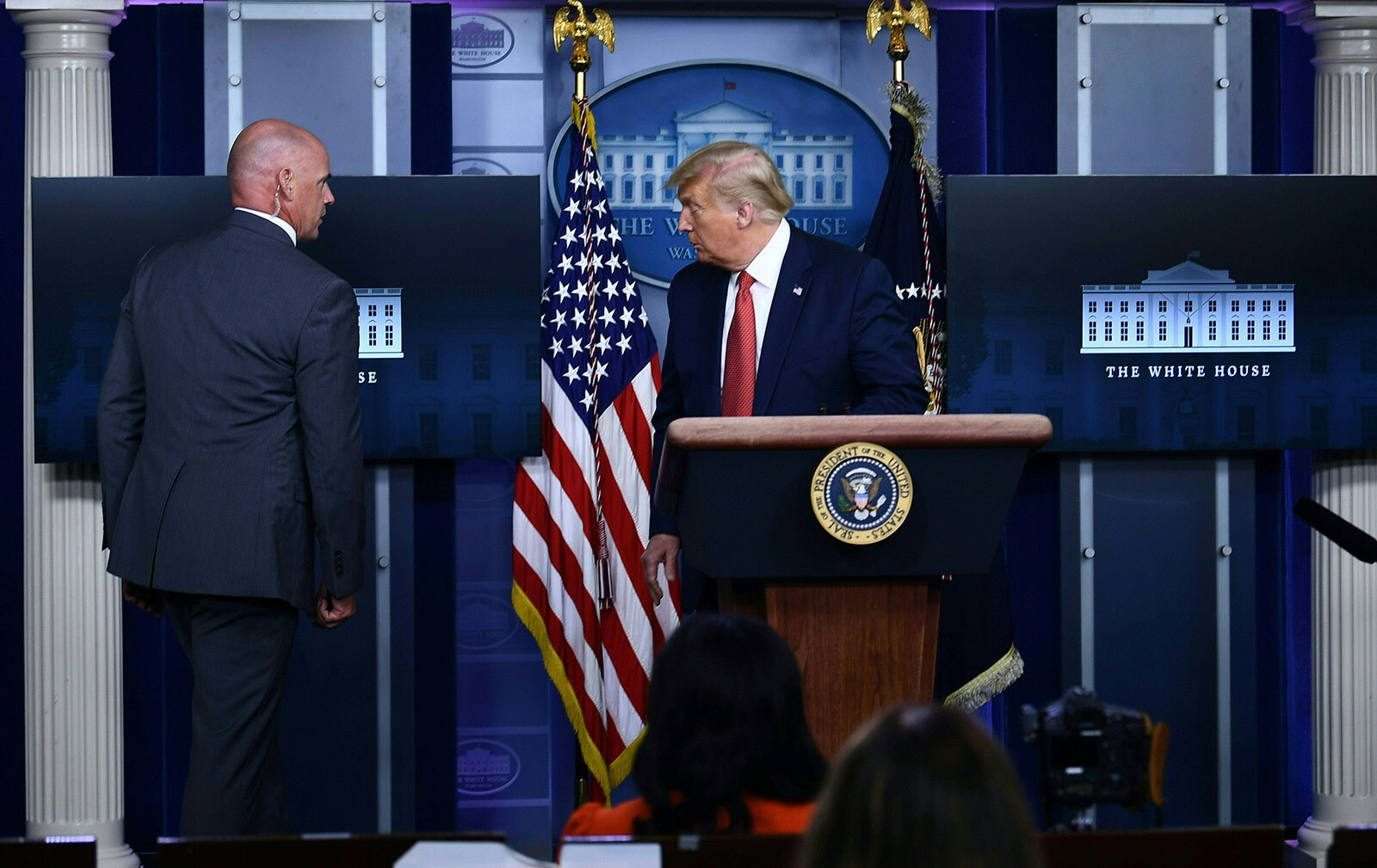 After rushing out of the White House press briefing Monday, President Trump returned to the advocacy room, saying the situation was “very well controlled.”

He told reporters he was escorted out of the briefing because there was a shooting outside the White House.

“I want to thank the Secret Service for doing their always quick and effective work, but there was an actual shooting, and someone was taken to the hospital. I do not know the condition of the person. Was taken by the Secret Service, so see let’s see what’s going on, “Trump said.

Asked by CNN’s Jeremy Diamond if he would be taken to the bunker under the White House, Trump replied, “no, we were just taken to the oval office.”

The President was also asked if he was angry, he said, “I do not know, do I seem to be angry?”

“I feel safe in the Secret Service, amazing people, they are the best of the best, they are highly trained,” Trump told reporters. “They just want me to step aside for a moment to make sure everything is clear on the outside.”

The suspect who was shot by the Secret Service did not harm “anything,” Trump added.

“I do not know if he is close or not,” the President said. He added that he had “such confidence” in the Secret Service.

“I don’t think anyone broke anything,” he added. “I don’t believe anything is broken, I asked that question.”

A senior administrative official at CNN’s Dana Bash confirmed that there was an active shooter and the shooter was in custody.

The incident happened at the corner of 17th and Pennsylvania Avenue NW, just outside the White House grounds and near Lafayette park.

Trump suddenly left the room briefly after a Secret Service agent approached him as he spoke to the press and whispered something in his ear. “Sir, we’re going outside,” the agent heard.

“Step outside,” the agent said.

Trump said he did not think of returning to the short term after it was easy.

CNN reporters in the White House report are still complete with the lock.