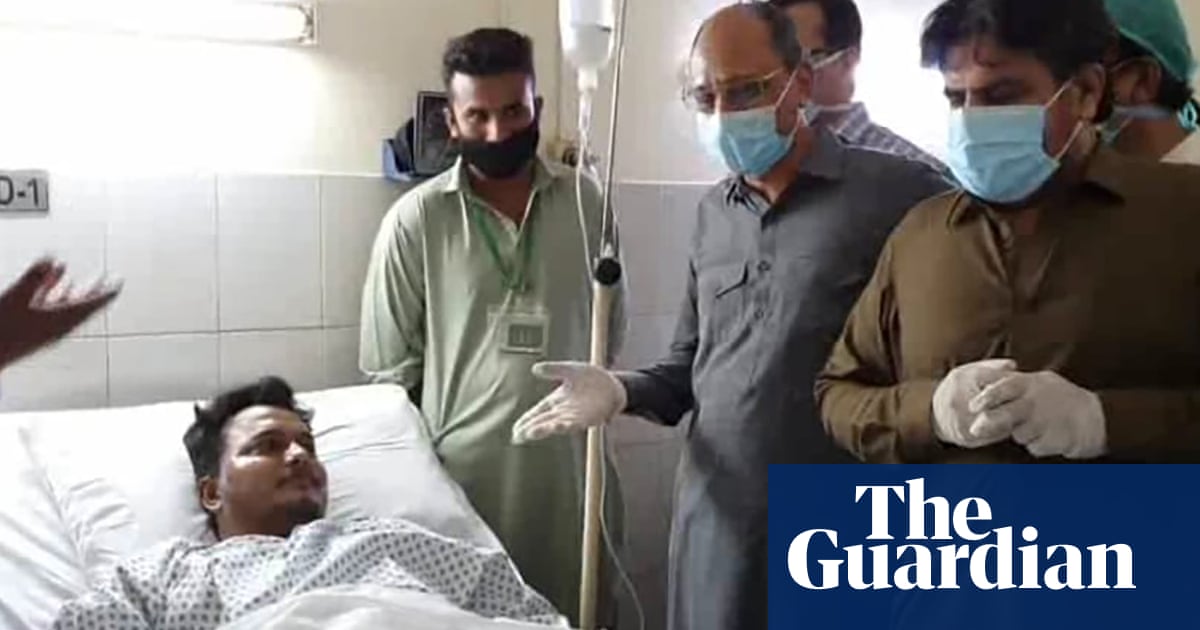 The last thing Muhammad Zubair remembers before the plane hit the ground was the smell of gasoline acrid and the cries of fellow passengers as the fire started to set in the cabin.

As he struggled to unload his seatbelt with flames burning under his seat, Zubair said “follow the light and get to this hole and I jump to the wing, and then to the ground”.

1; 91 passengers and eight crew – aboard a Pakistan International Airlines (PIA) plane that crashed into a residential area of ​​Karachi on Friday after an engine failed to approach path.

The bodies were still pulled from the wreckage late Friday night. Most of the bad burns of only 19 can be easily identified. Officials say they began DNA sampling to identify others.

About 19 houses in the dense Model Colony of Karachi neighborhood were destroyed in the crash. There were no deaths on the ground, but some residents suffered serious burns.

An investigation was launched to put together how the Airbus A320 traveling from Lahore was having a serious technical fault that led to the crash at 2.30pm local time on Friday.

The PIA has said it will hand over the black box of the plane to the inquiry board, and Airbus said it is cooperating with Pakistani authorities.

Zubair, a mechanical engineer, spoke to the Guardian from a civil hospital in Karachi where he was receiving treatment for burns to his hands and feet. He said at first he thought the plane was experiencing normal turmoil, but as the ground approached he knew something was wrong.

“We almost hit the floor more than once, but then I didn’t know why the plane couldn’t be stopped and we went up again,” he said.

The other survivor was Zafar Masud, chief executive of Punjab Bank, who escaped with a broken arm and bruising and was treated at Darul Sehat hospital in Karachi. ‘His brother, Zainab Imam, said it was a miracle that he survived.

“All she remembers was chaos and then she lost most of her senses and bearings,” Imam said. “What I do understand is that his seat almost sort of flew in the plane and he fell. And he was a bit far from the main breakdown and fire.

“So there were these people, maybe they were residents or first responders, I’m not sure. They were heroes. They shook him and they helped him and that’s when he realized he had broken his arm but he was alive.”

This weekend is usually a time of celebration for Eid al-Fitr, the Muslim holiday that marks the end of Ramadan, but for the families of 97 dead it is a time of mourning.

When Usama Qureshi, 39, learned that his friend Zain Polani was on the flight, he rushed to Jinnah hospital and sat outside the mortuary from 3.30pm until midnight waiting for news and watching as the bodies were brought to one another.

“The first 15 bodies they brought, they were in whole or in two pieces,” Qureshi said. “But after that, the bodies were burnt and in many parts.”

As the mortuary fills up, the bodies have to be kept in ambulances airborne. Qureshi said the body of his friend had not been identified, adding that the tragedy was uncertain.

“I feel like I can’t believe he’s gone,” he said. “I was just telling some friends, maybe there would be a miracle, maybe they could find Zain in some hospital. If they couldn’t find his body, we might call him alive.”

China could use poor soybean demand as an opportunity to halt U.S. imports

The world-famous beach in Brazil infused with coronavirus