The "Kingdoms of Fire" series has succeeded the Turkish "Ertugrul Resurrection"? 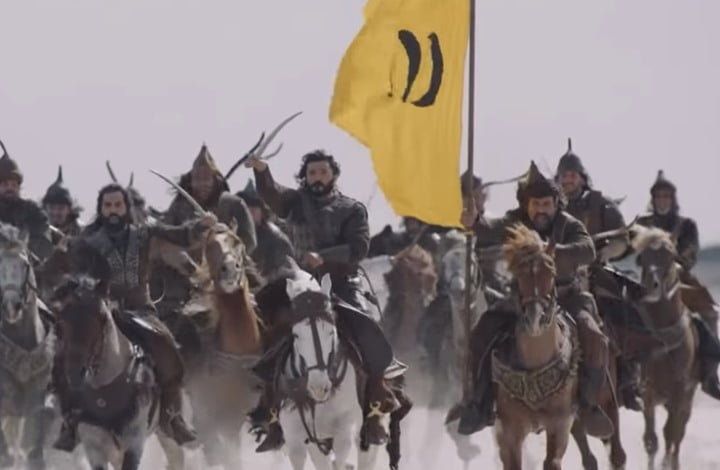 Using the largest production in the history of Arabs and soap operas, MBC on November 17 presents the epic series "Kingdoms of Fire," and episodes are aired on Netflix.

His promo last Saturday, produced by the UAE's Genomedia, was filmed in Tunisia for $ 40 million, and his story revolves around the last days of the Mamluk state in Egypt and the Levant and its collapse in the 16th-century Ottoman Empire.

Which raises about what can be witnessed in the Ottoman Empire series of attacks.

Followers of the view that the UAE's largest production comes from the invasion of the Gulf countries in Turkey, with the aim of presenting the history of the Ottoman Empire from a Gulf point of view, provides it of a technical confrontation with the "Re-Ertugrul" series, Turkish, which achieved Arab and international success.

In an artistic perspective, critic Iman Nabil found that the "Promo (Kingdom of Fire) was visually striking," adding, "Waiting for content and the extent of credibility regarding historical time" that, which saw a conflict between the two largest powers in the Islamic world, the Ottomans and the Mamluks, To be the goal. ”

, he stated that" this production The immense may be never happened in the Arab world, "explaining that" it was preceded by huge series production like (Omar) at a cost of 200 million Saudi riyals. Nabil added that "there is an Arab dramatic pre-exploration of Ottoman history through the series (Brothers of the Earth), a large Syrian production and starring artist Ayman Zidan, and its events have been a catalyst. for Turkey to close the border with Syria 3 Days after an episode about Armenian massacres and torture in Khazouk. "" Heroes are all stars and their artistic abilities are comparable to those of the Ertu ل rule,

He said that "the attraction of the Turkish man to the Arab world, and the contesting of Engin Altan, gave Ertu ل a great advantage as he completed the elements of working with the obsession with the Turkish form. "

Nabil believes," Heroes and directors. The kingdoms of fire are able to relate to the artistic image of Arab scenes, along with political and ethnic differences if they do not fall into the trap of over-cultivating and paranormal, "adding that" the heroes of the author undeniably their talent and the beauty of the Arabic language has giants Rashid Assaf and Mona Wassef. "

Assigning the series to one of Egypt and Syria's top directors, such as disease Let Hatem Ali expect," The production company will have a purpose that will appear with a view, and the British director may have a new one. "

Nabil believes that" one of the keys to the success of the Ertu نجاح rul to reach the world is through translation and dubbing and that (the kingdoms of fire) should go. In the same way, it will remain limited. ”

For his part, writer Mohamed Abdel Shakour said:" The UAE is trying its money to show cultural and artistic influence in other fields and strives to capture the biggest, the largest and the longest in both buildings and so on. "

" This is the largest history of the series spent so much, nearly 40 million It is an attempt to impose a false history of resistance to the current Turkish state by showing the Ottoman occupation of Egypt on behalf of the Caliphate a job. "

It is believed to be" an attempt to compete (Ertugrul) with a high view of the Arab world and the world. "

" But in the system of political machines you will see the media and the media is proving that the series is a great success, "he said. "Why not and the UAE has a lot of money to help and satellite channels to follow; History will play a warrior The Arab Spring revolutions."

Writer and researcher Mohamed Morsi believes the "Kingdoms of Fire" is a direct response to Ertugrul but a negative response, "explaining that" those who stand behind doing this mass rather than do something they are proud to do something annoying to others. "

In expressing the political situation of the turmoil in the Turkey-Gulf, he emphasized that the way the series was released during that time of history would prove or deny it.

He said that" Saudi Arabia and the The UAE sees Turkey as an enemy within the framework of leadership. The Islamic world, because of the Islamic government there, Ankara's support for the Arab Spring, the territorial power and the Tosi

In appreciating the success of the series, he said that he "presented the Mamluks as someone trying to suppress the Ottoman conquest of Egypt, and expose some popular epics to counteract the Turkish invasion of what Arab viewers might accept.

On social media, TRT journalist Samir al-Araqi confirmed that the series is a response to "The Resurrection of Ertu ل."

Tariq Muhanna, a journalist, said he was struck by malice and falsehood. Islam in the form of the Ottoman Empire.

Supported by the stars of Rami Jamal after vitiligo