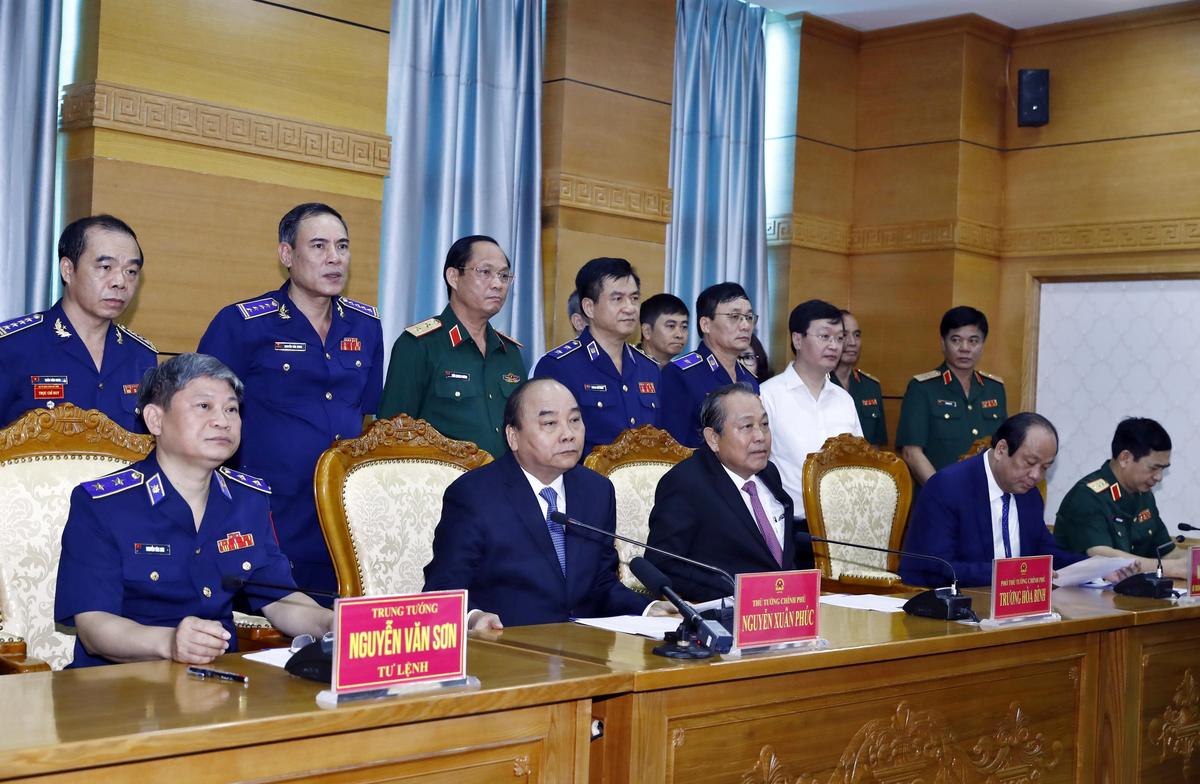 HANOI (Reuters) – Vietnamese and Chinese ships have been embroiled in a weeks-long standoff near an offshore oil block in disputed waters of the South China Sea, which fall within Vietnam's exclusive economic zone, two Washington-based think tanks said on Wednesday.

China's U-shaped "nine-dash line" marks a vast expanse of the South China Sea that it claims, including large swathes of Vietnam's continental shelf where it has awarded oil concessions.

The Haiyang Dizhi 8, a ship operated by the China Geological Survey, on Monday completed a 12-day survey of waters near the disputed Spratly Islands, according to separate reports by the Center for Strategic and International Studies (CSIS) and the Center for Advanced Defense Studies (C4ADS)

One of the oil blocks it surveyed is licensed by Vietnam to Spanish energy firm Repsol ( REP.MC ), which was forced last year and in 2017 to cease operations in Vietnamese waters because of pressure from China.

As the Haiyang Dizhi 8 conducted its survey, nine Vietnamese vessels closely followed it. The Chinese ship was escorted by three China Coast Guard vessels, according to data from Winward Maritime, compiled by C4ADS.

That block is within the area outlined by China's "nine-dash line". A series of dashes on Chinese maps, the line is not continuous, making China's claims often ambiguous.

Last year, Reuters exclusively reported that Rosneft Vietnam BV, a unit of Rosneft, was concerned that its drilling in Block 06.1 would upset China.

"On July 2 the vessels were leaving the Hakuryu-5 when the 35111 maneuvered between them at high speed, passing within 100 meters of each ship and less than half a nautical mile from the rig," CSIS said in its report.

It was not clear on Wednesday if any Chinese ships were still challenging the Rosneft rig.

In 2014, tension between Vietnam and China rose to its highest levels in decades when a Chinese oil rig started drilling in Vietnamese waters. The incident triggered boat rammings by both sides and anti-China riots in Vietnam.

In response to reports of this month's standoff, which first emerged on social media, Chinese foreign ministry spokesman Geng Shuang said on July 12 that China's position on the South China Sea was "clear and consistent ".

"China resolutely safeguards its sovereignty in the South China Sea and maritime rights, and at the same time upholds controlling disputes with relevant countries via negotiations and consultations," Geng said, without elaborating.

On Tuesday, Vietnam's foreign minister released a statement in response to unspecified "recent developments" in the South China Sea.

Neither statements confirmed or elaborated on the standoff.

Neither Rosneft nor Repsol immediately responded to an emailed request from Reuters for comment.

In a new statement on Wednesday, China's foreign ministry spokesman Geng acknowledged that there had been an incident with Vietnam.

"We hope the Vietnam side can earnestly respect China's sovereignty, rights, and jurisdiction over the relevant waters, and not take any actions that could complicate the situation," Geng told a regular news conference.

On July 11, as China was conducting its survey of the blocks, Vietnam's prime minister, Nguyen Xuan Phuc, visited the headquarters of the Vietnam Coast Guard in Hanoi.

State media did not mention the incident, but showed Phuc speaking to sailors on board vessels via a video link.

Phuc told the sailors to "stay vigilant and ready to fight" and to be aware of "unpredictable developments," the Vietnam Coast Guard said in a statement on its website.