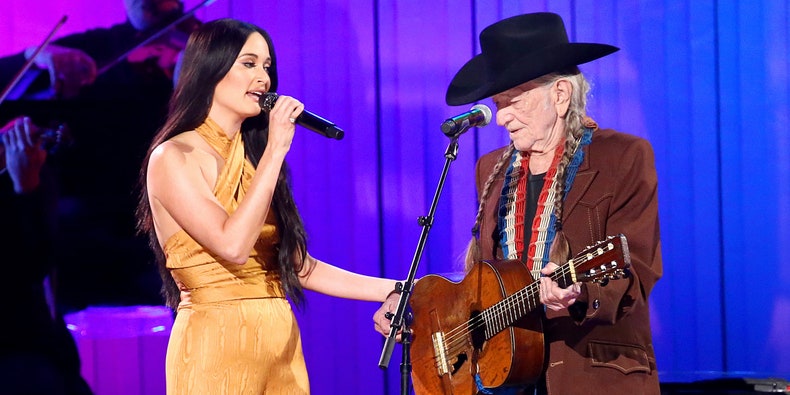 Willie Nelson and Kacey Musgraves team up for a duet at tonight's 2019 CMA Awards in Nashville. They took to the stage at the Bridgestone Arena for a rendition of the iconic Muppet Movie singing "Rainbow Connection." Watch it below.

The two artists have collaborated before; back in 2015, Musgraves enlisted Nelson for her Pageant Material single Are you sure? . Kacey Musgraves stood for three awards at this year's CMAs, including Song of the Year ("Rainbow"). She won Female Vocalist of the Year and Music Video of the Year (for "Pelangi"). The last Musgraves & # 39; LP studio was the 2018 Golden Hour that won Album of the Year at the 201