"Who do you like most in the country or in Hispanics?" 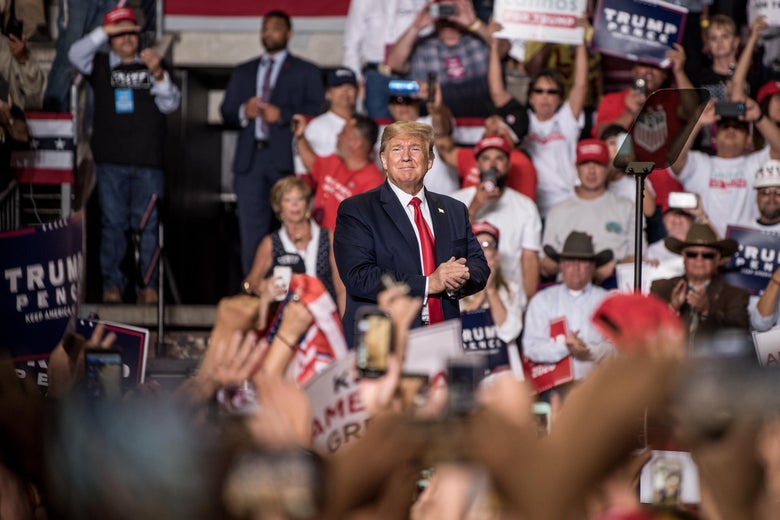 President Trump launched a campaign to stop in New Mexico Monday night in an effort to bolster his support for Latino voters. Trump is deeply unpopular with Latinos in America – with a poll this month showing his approval rating at 25 percent – and it's not hard to imagine why. Part of Trump's appeal to Trump's white voters is that he "protects" them and their interests by targeting and ignoring others. So, as you can imagine, when Trump tried to sideline up to Latino voters Monday night, it was a bit difficult. "Yesterday marked the beginning of Hispanic Heritage Month – who is Hispanic here?" Trump asked the crowd. "Incredible people … we have a lot to celebrate."

At one point, Trump called Steve Cortes off the podium, serving as a member of Trump's Hispanic advisory council. "He happens to be Hispanic, but I don't really think so, because he's more like a WASP than I am," Trump said. "But I'll tell you what no one loves his country more or is more Hispanic than Steve Cortes." Oof, Trump talked about race like a grandma on Thanksgiving. "No one loves Hispanics. Who do you like the most in the country or in Hispanics?" Trump continued. " I do not know. I might go for Hispanics, to be honest with you. We have a lot of Hispanics. We love our Hispanics. Go out and vote. "

Love can be palpable.

Black women and women were ordered to ground, handcuffed by car theft